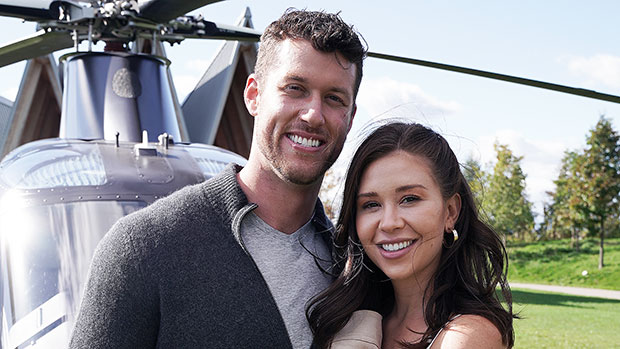 Gabby Windey was one of two women to be sent home by Clayton Echard ahead of the final rose ceremony on ‘The Bachelor,’ and she made it clear that she wasn’t happy with how he handled the situation.

After pleading with Gabby Windey to give him another chance when he broke her heart, Clayton Echard still dumped the 31-year-old on the March 15 episode of The Bachelor. Clayton introduced both Gabby and Rachel Recchia to his family on part one of The Bachelor finale. But, afterward, he realized he was still in love with Susie Evans, who previously went home because she couldn’t be with Clayton knowing that he also told Gabby and Rachel that he loved them. Clayton decided he wanted to have another conversation with Susie to try and work things out.

When Susie decided to consider giving Clayton another shot, Clayton had to end his relationships with Gabby and Rachel. He approached them both together to let them know that his heart was with Susie, so he couldn’t give 100 percent of it to either of them. Gabby stormed out. “I really don’t have anything to say,” she told him. “Thank you, I know it was hard to come here and tell us, but I think you are too late. So I think that’s it for me.”

Considering Clayton had previously begged Gabby and Rachel to stick around for him, the women were understandably upset — and pissed off — by his decision. When Clayton chased Gabby down, she did not hold back while telling him off. “I actually don’t know who you are at all,” she ranted. “I’m pissed because I spent the last two days away from my family and my friends who actually give a s*** about me and you don’t.”

Gabby held her ground as Clayton attempted to stammer through an apology. “I can’t believe anything you say, not one thing,” she continued. “You asked me to stay because you were pissed and your pride was hurt because Susie left. But now you [want me to go]. So what the f*** is the difference? A couple days doesn’t seem to be much of a difference except then it was my decision and now it’s your decision so it’s easier.”

When Clayton told Gabby that he DID love her, she proclaimed, “that’s bulls****.” She also slammed him for trying to take the easy way out by telling her and Rachel about what was going on together on two occasions. “You don’t give a f*** about us,” Gabby added. “And now you’re trying to say in the moment that it was real. Your actions speak way louder than words.” Clayton apologized one last time and asked Gabby if he could walk her out, but she said no, and left on her own.

After the breakup aired, Gabby and Clayton came face to face for the first time since their split on After the Final Rose.