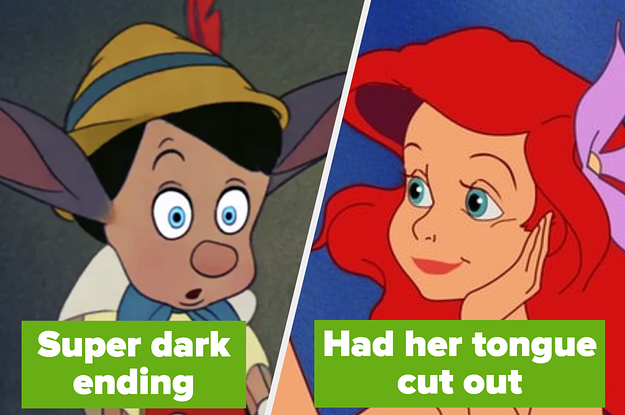 This is one of Disney’s most classic movies, but it too has a seriously disturbing original. In fact, even the Disney version was called into question when parents sparked outrage on Twitter by suggesting it shouldn’t be shown to children due to the kissing of an unconscious woman.

Little did everyone know that, whatever you think about the Disney version, the issue of consent is where the original tale Sun, Moon, and Talia by Giambattista Basile gets really disturbing.

Instead of waking her up with a kiss, the King in the original tale impregnates the sleeping princess, who wakes up nine months later with a pair of twins. The (already married) King then returns and marries the princess… I don’t even know what the moral of this story is meant to be.