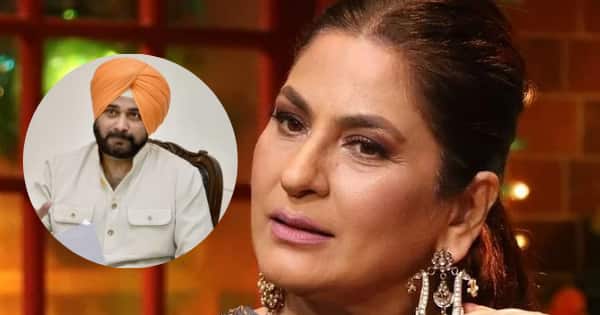 Archana Puran Singh has always taken jokes of Navjot Singh Sidhu very sportingly. However ever since Navjot lost the Punjab elections the memes on Archana floated all around the internet and that left Archana was a bit irked and she called those memes strange. Ina n interaction with HT, she said, “I am not affected by these memes because it is not something new. What I am surprised about is how a person who has quit and joined politics, is still being connected with what I’m doing on the show. I have never been involved in politics. I have a particular role in the show, which I am doing diligently, but somehow when there is something new happening to Sidhu, memes are made on me. Isn’t that strange?” She even added, ” But people on social media are behaving as if I only have this job and no other work in life. If ever Sidhu decides to come back or the channel or producer of the show wants Sidhu back, I am always willing to move on and find some other project.” Also Read – Kapil Sharma, Fahmaan Khan, Surbhi Chandna – Meet TV’s Instagrammers of the week

And now once again the jokes of Sidhu is back in the show. In the recent episode, we saw Kapil Ina’s renowned chefs making their presence in the show, where Kapil asked Archana if she is aware who will be so the show to which she said that I am aware that chefs are coming on this wo. Kapil jokingly says, ” Khaane peene ki saari cheeze inko malum hoti hai. Pata nahi kaese. Jab dekho khana peena khana peena. Pehle Sidhu ji ko kha gayi (She knows everything about food. I don’t know how. It’s always about food for her. Earlier, she devoured Sidhu).” Archana screamed, “Haww (Woah)” before she burst out laughing. Later Kapil welcomed chefs- Sanjeev Kapoor, Kunal Kapoor, and Ranveer Brar in the show. Also Read – TV News Recap: The Kapil Sharma Show vs The Kashmir Files, Karan Kundrra reveals numbers of kids Tejasswi Prakash wants and more