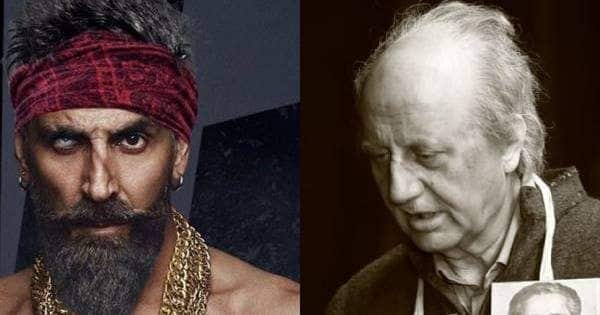 There is no stopping for director Vivek Agnihotri‘s film The Kashmir Files. The movie stars Anupam Kher, Darshan Kumaar, Pallavi Joshi, Mithun Chakraborty, and others. It depicts the gruesome killings and removal of Kashmiri Pandits from their hometown during the Kashmir Insurgency. The film has received critical acclaim and everyone is praising the performance of the stars. Even at the box office, it is doing extremely well. The Kashmir Files has already crossed Rs 150 crore mark and the early estimates of the second Sunday suggest that the film has performed phenomenal well despite competition from Akshay Kumar‘s Bachcchan Paandey. Also Read – The Kashmir Files: Aamir Khan comes out in support of Vivek Agnihotri’s film; says, ‘har Hindustani ko dekhna…’

As per the early estimates, The Kashmir Files has collected nearly Rs 28 crore. The total collection of the film is expected to touch approximately Rs 168 crore mark. In no time, The Kashmir Files will hit the Rs 170 crore mark. On the other hand, Akshay Kumar, Kriti Sanon and Jacqueline Fernandez starrer Bachchhan Paandey has failed to generate great numbers at the box office. On its first Sunday, the film raked in Rs 11.5-12 crore nett, as per the early estimates shared by Box Office India. The collection is pretty low given that it has big names attached to it. Also Read – Bachchhan Paandey box office collection: Akshay Kumar starrer number’s inflated? Here’s what we know [EXCLUSIVE]

Talking about The Kashmir Files, the film has been made tax-free in various states. It is receiving much appreciation from all corners. Recently, Aamir Khan also spoke about The Kashmir Files and urged everyone to watch it. At RRR promotions, he was quoted saying, “Zarur dekhuga main kyuki vo ek history ka aisa hissa hai jisse humara dil dukhta hai. Jo Kashmir me Kashmiri Panditon ke sath hua hai, vo yakeenan bade dukh ki baat hai (I am definitely going to watch this film. This is a painful part of our history. What happened with the Kashmiri Pandit community in Kashmir is indeed heartbreaking).” Also Read – Trending Entertainment News Today: The Kashmir Files trends better than Baahubali 2, Bachchhan Paandey drops at the box office and more