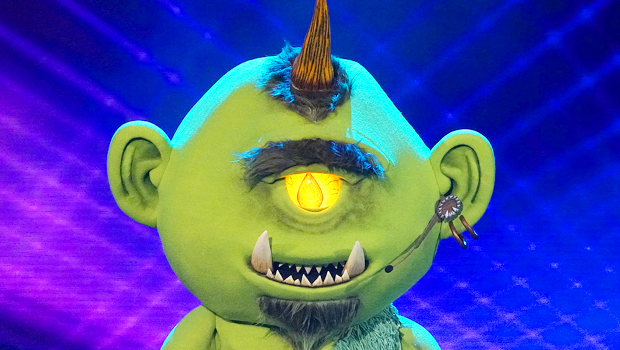 The double unmasking on ‘The Masked Singer’ revealed the identity of the Cyclops. The actor spoke EXCLUSIVELY with HL about the biggest ‘challenge’ of the costume and his decision to perform ‘Flashdance.’

And the Cyclops is… Lost and Hawaii Five-0 star Jorge Garcia! The 48-year-old actor was revealed after a double elimination that also saw the unmasking of NFL star Jordan Mailata as Thingamabob. Jorge spoke EXCLUSIVELY with HollywoodLife about how he ended up on The Masked Singer.

“I love the show. It’s such a fun show. I always love watching and getting surprised by the reveals, especially when the judges are totally off,” Jorge said. “It’s just such a fun show with great costumes and great surprises. I definitely wanted my people to kind of put the feelers out that if there was interest on their end, there’s definitely interest on my end.”

For Jorge, The Masked Singer had an element of his favorite holiday: Halloween. “I love dressing up in costumes,” the actor admitted. “Halloween is my Christmas. As hard as it was to look around in it and do everything and move and all that kind of stuff, it just was such a cool-looking costume. That was everything for me.”

The Lost alum admitted that performing in the Cyclops costume was “definitely a challenge.” He noted, “It was a lot heavier with downward pressure on my shoulders. You definitely had to do a lot of having breath control, which is a thing for singing and just doing the most out of creating personality with puppet hands and that kind of thing with limited vision. It was an interesting challenge but really enjoyable just because I love the costume so much. It just looks so cool that I just wanted to do it justice and give it as much life as I could.”

He also admitted that he felt a bit lonely during his time on the show. “There’s also a bit of a loneliness to being on The Masked Singer because you’re kept from all the other castmates and you’re kind of isolated,” he said. “You wear clothes that say ‘don’t talk to me.’ There’s a sense of forcing the solitude just a little bit. It’s a little bit of a lonely experience until you get to come out and perform for people.”

During the March 23 episode, Jorge had a memorable performance of “Flashdance… What a Feeling.” HollywoodLife asked the actor if there was any particular reason why he chose a song off the soundtrack of the 1983 cult classic.

“Periodically, we throw out ideas for songs and it came up in maybe an exercise playlist or something. I was like, ‘How great that would be?’ I also just like that song a lot. Dancing and singing are things that the enjoyment you get from them has nothing to do with how good you are at them. I think there’s something really beautiful about that, and I think ‘What A Feeling’ kind of captures that,” Jorge said. The Masked Singer season 7 airs Wednesdays on FOX.