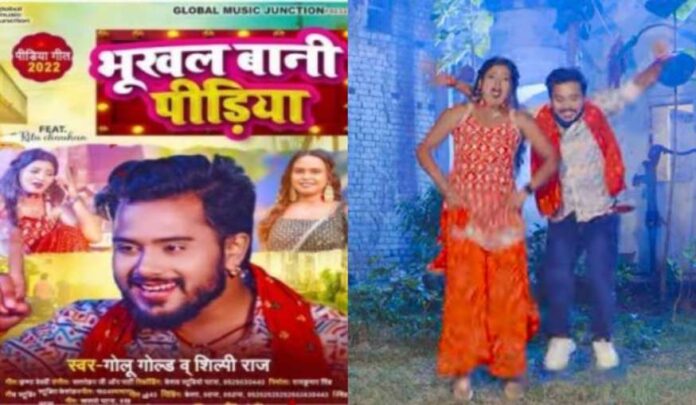 Shilpi Raj: Shilpi Raj’s new song came amidst the news of suicide. Bhojpuri actors and singers Golu-Gold and Shilpi Raj are known for their excellent songs and voices. In such a situation, now his new Bhojpuri video song has been released in Bhojpuri style. Golu Gold and Shilpi Raj’s new song ‘Bhukhal Bani Pidiya’ has been released by GMJ-Global Music Junction. In this song, Golu Gold is seen with actress Ritu Chauhan, the romantic chemistry of both of them looks amazing in the song. His new song is now creating a ruckus on the internet.

The popular Rudravrat is also called Pidiya Vrat, it is mostly performed by girls, through this fast, sisters wish for the happiness, long life, happiness and prosperity of their brothers. Fans are liking the killer style of actress Ritu Chauhan in the song. Fans are very fond of this song, this song has become viral on the internet in no time. On this occasion, a new video song of Golu Gold has been released.

Let us tell you that this song ‘Bhukhal Bani Pidiya’ has been sung by Golu Gold together with Shilpi Raj (Golu Gold and Shilpi Raj Latest Songs). Fans are liking the voice of both, its lyrics have been written by Krishna Bedardi. Music director is Satrohan Ji On Party, video director is Sushant Singh and Kumar Chandan. The creative director is Pankaj Soni, the choreographer is Deepak and the producer is Rajkumar Singh.

Birthday Special: Salim Khan’s life is no less than any film script, this dream of Salman Khan’s father remained incomplete