Welcome back to This Week in Apps, the weekly TechCrunch series that recaps the latest in mobile OS news, mobile applications and the overall app economy.

The app industry continues to grow, with a record number of downloads and consumer spending across both the iOS and Google Play stores combined in 2021, according to the latest year-end reports. Global spending across iOS, Google Play and third-party Android app stores in China grew 19% in 2021 to reach $170 billion. Downloads of apps also grew by 5%, reaching 230 billion in 2021, and mobile ad spend grew 23% year over year to reach $295 billion.

Today’s consumers now spend more time in apps than ever before — even topping the time they spend watching TV, in some cases. The average American watches 3.1 hours of TV per day, for example, but in 2021, they spent 4.1 hours on their mobile device. And they’re not even the world’s heaviest mobile users. In markets like Brazil, Indonesia and South Korea, users surpassed five hours per day in mobile apps in 2021.

This Week in Apps offers a way to keep up with this fast-moving industry in one place, with the latest from the world of apps, including news, updates, startup fundings, mergers and acquisitions, and suggestions about new apps to try, too.

Do you want This Week in Apps in your inbox every Saturday? Sign up here: techcrunch.com/newsletters

Apple may be changing how iOS subscriptions operate when price increases are involved. Recently, some developers noticed that the streaming service Disney+ was seemingly only informing users of upcoming price changes, then automatically opting them in. This is different from how subscription price increases would typically be handled. In most other cases, a customer is presented with options to either agree to the new, higher price or visit the subscriptions management page to cancel the service. If customers ignore this warning without clicking the “agree” button, the subscription is automatically canceled on their behalf.

The feature was first spotted when developers noticed Disney+ seemed to be informing them about a subscription price increase, but not requiring them to agree to the new pricing for the subscription to continue. While in this case, the price change was small, it’s easy to see how unscrupulous developers could potentially use such a feature to raise prices by much higher amounts without users’ awareness.

We are piloting a new commerce feature we plan to launch very soon. The pilot includes developers across various app categories, organization sizes, and regions to help test an upcoming enhancement that we believe will be great for both developers and users, and we’ll have more details to share in the coming weeks.

Apple didn’t offer more detail, so there are still a number of questions here — like how apps will qualify to use this commerce feature, who’s already in the pilot test group (raising their prices, perhaps unbeknownst to users), whether this has anything to do with the recent changes to “reader” apps and their ability to include external links, how Apple would police such a feature to ensure it was not used by bad actors and much more. The pilot also arrives at a time when Apple’s commission structure is under attack from lawmakers and regulators in global markets, with some countries allowing users to route around in-app payment systems. It’s interesting to note that this new commerce feature could serve as a means for Apple to retain users’ subscription commitments when prices fluctuate, rather than losing them to developers’ own payment systems. (Read my full story on TC here.)

Was there any bigger story in the tech world this week than the news that infamous Twitter sh**poster Elon Musk bought himself $3 billion worth of Twitter’s stock? The deal saw the Telsa and SpaceX CEO become Twitter’s single largest individual shareholder, with a 9.2% stake in the company, and gained Musk an appointment on Twitter’s board — the latter further suggesting Musk’s intentions to influence Twitter’s future direction. Employees, rightfully, were concerned about what this meant for the company, given that Musk’s own values are often in conflict with Twitter’s own, particularly in areas like how social networks should approach content moderation. Twitter will hold a Town Hall to address employee questions, it said. (sarahp at techcrunch.com if anyone wants to share!)

Musk didn’t wait long to stir the pot, tweeting out a poll to users as to whether or not they wanted an Edit button on the site — a continual user request that Twitter, for years, has refused to honor due to the ramifications that a malleable public record would bring. But Twitter then confirmed such a feature was actually in the works as a tool for Twitter Blue subscribers.

The shakeup at Twitter (a company with a history of shakeups, in fact) comes shortly after Jack Dorsey stepped down as CEO to fully devote his time to Square, now called Block. His exit made then-CTO Parag Agrawal the new CEO. Agrawal had earlier been working on Project Bluesky — an effort to create a decentralized protocol for social networking, which would ultimately result in putting users more in charge of their online experience. This project dovetails with Musk’s interests in allowing people to speak freely on the platform, while dictating their own product experience through user-provided controls. And it fits in with the broader web3 initiative that, at its core, is about redistributing power on the web back to its users through decentralized platforms, not Big Tech-controlled portals. (Whether it’s actually achieving that, however…well, we’ll see.)

In taking the top spot, Agrawal inherited a list of lofty objectives, including Twitter’s plans to double revenue and reach 315 million daily users by 2023. But so far, Twitter’s plan to achieve its goals has been best described as a throw-a-bunch-of-spaghetti-at-the-wall approach to see what sticks. The company last fall said it would more rapidly roll out, test and then either advance or kill features based on user feedback and adoption. Already, Twitter killed its version of Stories (“Fleets”) as a result. But despite Twitter’s breakneck pace and speed to launch dozens of new features, ranging from live shopping to creator tools to NFT support to subscriptions and more, the company missed expectations on earnings, revenue and user growth in Q4 — its first earnings with Agrawal at the helm. It’s clear that even without Musk’s arrival, the road was going to be tough for the network that has, for so long, failed to significantly achieve user growth or revenue outside of ads.

Twitter, by way of its recent activities, has acknowledged that it’s time to get more experimental in product development. And yet so much of what it’s building now, outside of Spaces, are things that still see the tweet as the core user experience.

That’s almost funny, because this is a company that was early to ideas that are now defining the modern-day internet.

For instance, Twitter closed down its TikTok precursor, Vine, a home to short-form video content that now all social rivals (except Twitter!) are trying to reinvent. Twitter also shut down its dedicated app for live video, Periscope, just ahead of the mainstream adoption of live shopping services and the growth of the video-first creator economy. And over a half dozen years ago, Twitter killed a dedicated app for music discovery, (#Music), years before Musical.ly-turned-TikTok figured out how to smartly capitalize on the intersection between pop culture, music and social networking to create a product that now has massive influence over the Billboard charts, award winners and the music industry as a whole.

But instead of pursuing diverging paths, Twitter at its core has largely remained committed to its idea of a text-based social networking product that continues to reflect its original “public SMS” concept — a place where other forms of media are mere add-ons to the front-and-center tweet. Live video, for example, is now buried in the camera feature’s switcher and not often used by regular tweeters.

So maybe it was time to shake up Twitter with ideas that aren’t just about serving the existing users, like Twitter Blue or Super Follow, but those that would actually bring in new users. But maybe Elon Musk, a polarizing figure and Twitter troll with an obsessive fandom, isn’t the right person for that job. His experience doesn’t represent that of the everyday user, after all. And his involvement could distract the company from focusing on its current objectives — or even employees’ usual, day-to-day tasks.

Whatever may happen with Twitter in the months to come under Musk’s influence is entirely unpredictable. And whether or not Twitter will be better off for it — whether in terms of business objectives, product or user experience — is also an unknown. But one thing everyone can agree on is that the future of Twitter will certainly not be dull. 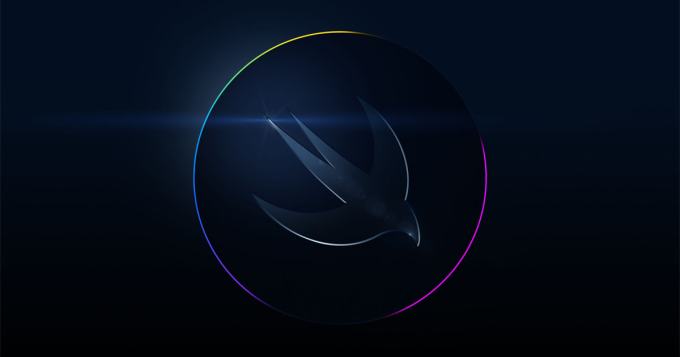 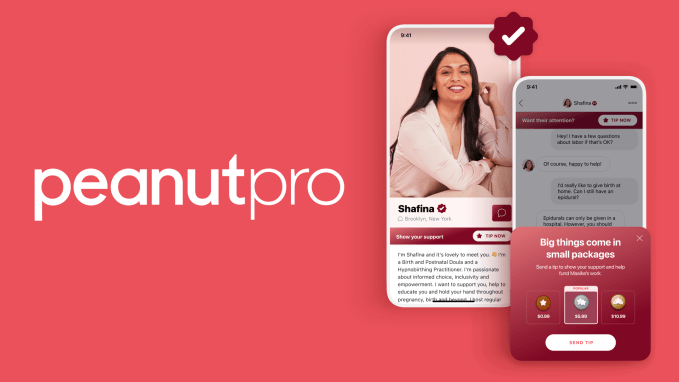 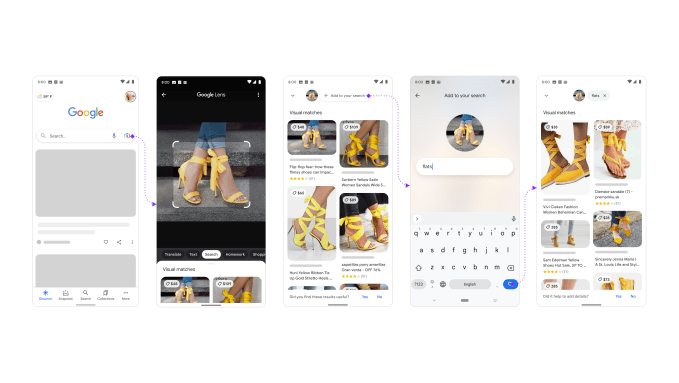 Apple’s undocumented rules around NFT apps were put to the test when a developer’s “NFT” app was found to be misleading users, according to Apple’s guidelines, since assets were published to a private ledger not a decentralized, public blockchain. Here’s how Apple is thinking about what sort of apps can use the term “NFT” and what will get them banned:

💰 OpenPhone raised $40 million in Series B funding led by Tiger Global to replace employees’ “work phone” and office PBX with a mobile app. The system caters to the SMB market and gives users a dedicated work number and tools for communicating with colleagues and customers.

💰 Avi Medical, a maker of app-based telehealth services, raised €50 million in Series B funding led by Balderton Capital. The company pairs its telehealth service with physical clinics, as 70% of its customers still access healthcare through in-person appointments.

💰 VerSe Innovation, the parent company of news aggregator app Dailyhunt and short video app Josh, raised $805 million in a Series J round of funding led by Canada Pension Plan Investment Board (CPP Investments). The round values the company at nearly $5 billion.

🤝 Pokémon GO maker Niantic Labs announced the acquisition of creative AR studio NZXR, based in New Zealand. The startup will join Niantic to help with the design and development of real-world AR experiences.

💰 Fintech Gotrade, an app that lets international users buy fractional shares of U.S. stocks and ETFs, raised $15.5 million in Series A funding in a round led by Velocity Capital Fintech Ventures. To date, the company has transacted about $400 million across 5 million trades.

Fortnite maker Epic Games this week introduced a new 3D scanning app called RealityScan that turns smartphone photos into high-fidelity 3D models. The app was developed in collaboration with Capturing Reality (creator of RealityCapture) and Quixel (creator of Megascans) wth the goal of allowing more creators and hobbyists to enter the world of 3D photogrammetry to bring real-world objects into virtual projects. The app will guide the user through the scanning experience via interactive feedback, AR guidance and data-quality checks. When scanning is complete, the assets can be exported to Sketchfab, a platform for publishing, sharing and selling 3D, VR and AR content. RealityScan is a free download via TestFlight for the first 10,000 users, then will release to Early Access this spring. Android will follow later in the year.

Elon Musk, dual-class shares, and who owns the future – TechCrunch