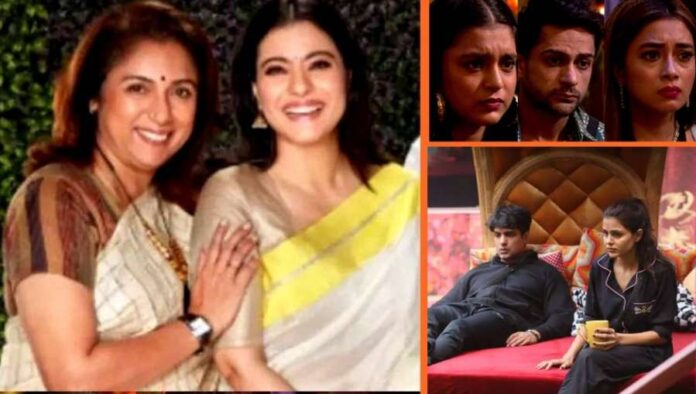 Big Boss 16: Salman Khan’s show ‘Bigg Boss 16’ has caught its pace. In such a situation, every day something new is seen going wrong in the show. Meanwhile, the coming weekend is going to be a fun one for BB fans. Because Bollywood’s romance queen Kajol and Revathi are coming to promote their upcoming film ‘Salaam Venky’ in the Weekend Ka Vaar episode of the reality television show ‘Bigg Boss 16’. On the other hand, the families of Shalin Bhanot, Sumbul Touqueer and Tina Dutta will also make an appearance on the show. So there will be a lot to see in this way.

In the recent episode, Sumbul Touqueer was called in the confession room and spoke to her father which didn’t go down well with Tina and Shaleen’s parents. During the conversation, Sumbul’s father asks her to stay away from Tina and Shalin and she asks him to show them their worth.

After being exposed to his advice, Shalin’s father expressed his view that he did not like the way Sumbul’s father talked about Shalin. Apart from this, Tina’s mother also shared a video on social media saying that the way Sumbul’s father spoke on national television was not right. She said as she is not getting the opportunity to speak on the show, she is sharing her thoughts on social media platforms.

Tina’s mother had said in the video, “I am here to talk to you because I didn’t get the chance that others got on the show. My daughter was humiliated on national television. Sumbul’s father kicked her in the face.” asked for. What kind of message is this? Who allowed him to humiliate and abuse my daughter on national television? Who are you to abuse my daughter? If your daughter is not playing the right game, what does it matter? Means you will abuse my daughter? Is it the duty of parents? I want you all to think how that mother must be feeling whose daughter was abused and insulted.”

Parents will be face to face on weekends

So with all this controversy parents of Tina, Sumbul and Shaleen coming for the weekend episode, all these issues will be raised and discussed among the contestants, families and friends. It will be interesting to see how the host is going to react to all this.