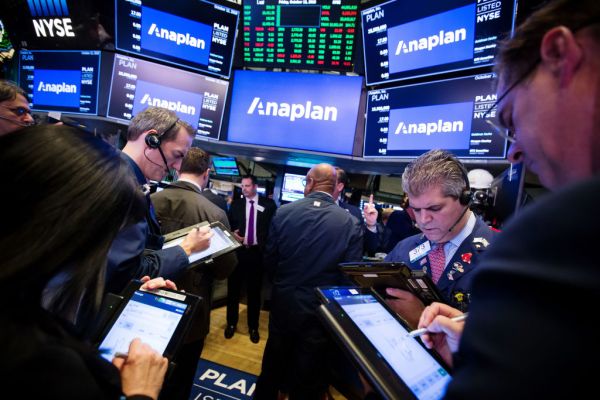 It’s a bit unusual for meaningful tech news to break on a Sunday night, but that’s what happened last night when private equity firm Thoma Bravo announced it was acquiring Anaplan, the SaaS financial planning tool, for a cool $10.7 billion. The company closed on Friday with a market cap of $7.4 billion.

In its most recent earnings report earlier this month the company reported revenue up over 30% to $163 million, but losses widening to $53.8 million compared to $41.5 million in the same quarter last year. Anaplan predicted modestly increasing revenue for next quarter, and the stock has actually been trending up since the report.

That 30% growth rate is right in the sweet spot of private equity firms, giving them something to work with. Thoma Bravo’s managing partner ​​Holden Spaht likes having the financial planning service in the fold and he thinks his firm can help it grow more.

“We have followed Anaplan for years and have seen the incredible value they bring customers through their best-in-class planning platform. We look forward to leveraging Thoma Bravo’s extensive operational and investment expertise in enterprise software to support Anaplan in its future growth,” Spaht said in a statement.

That’s a lot of executive speak to say they like the company, tracked it over the years and pounced when they saw the opportunity.

Anaplan was a hot company for a time in the 2016-2018 timeframe, offering a more modern way for companies to conduct financial planning and reporting without resorting to Excel spreadsheets to make it happen.

It launched in 2006, raising almost $300 million along the way. Its final raise was $60 million at a $1.5 billion valuation, which feels kind of tame today, but in 2017 it was an eye-popping valuation. The company went public to much fanfare in 2018 closing on the first day up 42%.

The deal is expected to close some time in the first half of this year, but is subject to regulatory oversight and approval by stockholders. The Anaplan board has already approved the transaction.

Anaplan stock is up over 7.5% in pre-trading.