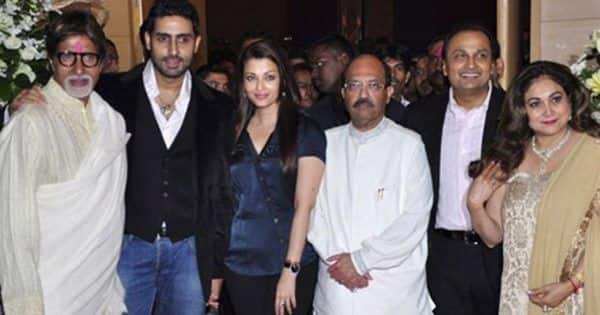 Late politician Amar Singh, the Bachchan family and Anil Ambani were seen together, almost like an extended family. Singh and Bachchan were considered as the thickest of friends. But way back in 2016, the relationship, at least between the Bachchans and Singhs suffered a major blow when Singh went public with his complaints against Jaya Bachchan. In 2019, Singh had taken to Twitter to bash the members of the Bachchan family for “indecent scenes in movies” and termed them as ‘hypocrites.’ Also Read – Trending Entertainment News Today: Zareen Khan doesn’t want to be a monkey on Salman Khan’s back; Navya Naveli Nanda leaves Deepika Padukone floored and more

In a 2-minute long video, Singh launched a scathing attack on Jaya Bachchan targetting her parliamentary speech about the condition of the women in the country. “My old friend, who is no longer a friend, expressed grief in Rajya Sabha yesterday about the condition of women in the country. You are a mother and a wife. The remote to control the society is in the hands of a mother and a wife. Why don’t you ask your husband to not dance on ‘jumma-chumma’ or embrace the actress in a rain dance sequence,” Amar Singh said in the video. Also Read – Kriti Sanon, Vidya Balan, Surveen Chawla and more B-Town actresses who spoke about being BODY shamed

Singh then went on to question Jaya Bachchan on why she didn’t stop her daughter-in-law Aishwarya Rai Bachchan from intimate scenes with Ranbir Kapoor in Karan Johar‘s Ae Dil Hai Mushkil. He also asked Jaya to stop her son Abhishek Bachchan dancing with semi-naked actresses in Dhoom. He then told her to bring the right changes in her home first and then talk about strengthening the society, reasoning that films play a big role in reflecting what’s happening in the society. Also Read – ‘Beauty’, Navya Naveli Nanda’s latest pic leaves Deepika Padukone floored

In 2020, an ailing Amar Singh had released a video where he is seen expressing his ‘regret’ for his behaviour towards Amitabh Bachchan and his family. He had posted the video from a hospital bed in Singapore, where Bachchans stayed with him last time when he was going through kidney treatment almost a decade ago.

Rajya Sabha member, former Samajwadi Party leader and famed power broker during the UPA era, lost his battle with kidney ailment on August 1, 2020. He was 64.