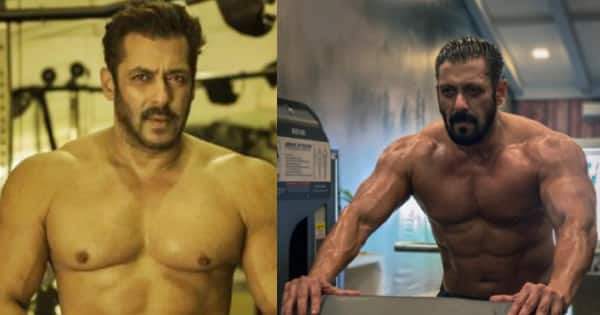 Undoubtedly, Salman Khan is one of the fittest actors in Bollywood. Even at the age of 56, the Dabangg Khan can give any young actor run for his money when it comes to fitness. From his chiselled abs to toned back, Salman Khan is a hottie, we must say! Well, do you aspire to have a body like him? We have some good news. His fitness trainer Rakesh Udiyar has recently shared superstar’s fitness SECRET. In an interview, the coach has revealed the fitness routine that the Superstar follows. It involves an hour long cardio, weight training and more. Also Read – Hrithik Roshan, Samantha Ruth Prabhu, Rajinikanth and 7 more celebs who battled severe health issues

In an interview with Mid-day, Rakesh Udiyar stated that Salman Khan never misses cardio and makes sure to do it before he picks up weight. He was quoted saying, “Salman will do cardio every day, without fail. He developed the habit at a young age when he was also a national-level swimmer. He starts his day with an hour-long session before moving on to weight training. We walk long distances in his farms, and also take to hiking sessions that last for two hours.” Also Read – Asim Riaz to play Salman Khan’s younger brother in THIS film? Here’s what we know

Rakesh also mentioned about the restrictions he needs to observe due to Salman Khan’s age and health. He revealed that they have now moved from heavy weights to light weights. He was quoted saying that Salman Khan does different variations of excercises of 20 reps. He said, “We focus on volume sets, which implies that we perform 10-12 variations of exercises, executing five sets of each, and performing 20 reps. I remember how painful that phase was for him. As we focused on cardio, during Dabangg, he, Sonakshi [Sinha] and others would walk from Wai to Panchgani.” Also Read – Bigg Boss 14 contestant Eijaz Khan admits to cheating in a relationship; says ‘Maine galti ki…’

Salman Khan is next to be seen in Tiger 3. The actor is currently said to be in Delhi shooting for the same. He will be sharing the screen space with Katrina Kaif in this one.