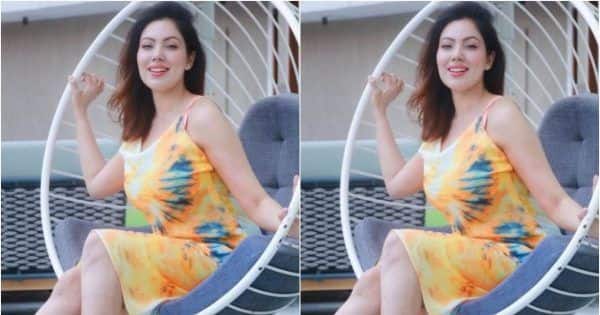 Taarak Mehta Ka Ooltah Chashmah actress Munmun Dutta is known for her performance as Babita ji in the TV show. She has a huge fan following and she even rules social media with her beautiful pictures. Dutta interacts with her fans on Instagram, and she is always sweet with them. But, as a celebrity an actor has to face trolls as well. While some celebs prefer to ignore it, some give a fitting reply to the trolls. A few years ago, Dutta had also given a fitting reply to a troll who had posted a derogatory comment. Also Read – Taarak Mehta Ka Ooltah Chashmah continues to entertain fans more than Anupamaa and more: Check Top 10 most-liked Hindi TV shows by Ormax

In 2018, the actress had shared a pretty picture of her on Instagram in which she was seen wearing a yellow ghagra choli. A troll commented on the post and wrote, “Ek raat ka kitna (how much for one night).” Also Read – Before Taarak Mehta Ka Ooltah Chashmah fame Munmun Dutta, THESE 10 TV stars hit headlines for going to jail

Last year, Dutta was in the news as a case was filed against her in Hansi, Haryana, for using a casteist remark in a YouTube video. A couple of days ago, there were reports that she has been arrested. However, the actress while talking to Bollywood Bubble had cleared that she was not arrested and it was a regular interrogation.

She said, “Contrary to rumours claiming that I was ‘arrested’, I want to clarify that I went in for a regular interrogation with the police officials. I was not arrested. In fact, I had received the interim bail from the court already on Friday before I went in for the interrogation. The officials at Hansi Police Station spoke to me for two and half hours about the case and noted down all important details. They were extremely polite and well-behaved. I have been cooperating with the police and will continue to do so.”