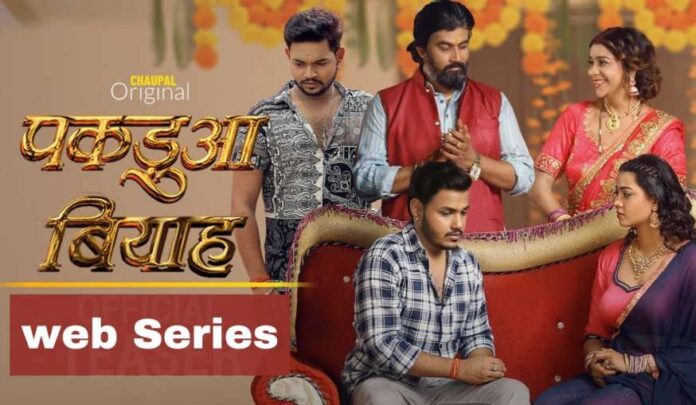 With the arrival of web series, the use of many OTT platforms like Netflix, Prime video and Disney plus hotstar is increasing. Keeping in mind the popularity of web series, Crater is making web series in all languages ​​like Hindi, English, Tamil, Marathi, Gujarati etc. Now the making of web series has also started in Bhojpuri. You can guess from this that today everyone watches web series on the phone itself, anywhere at any time.

The trailer of Bhojpuri web series ‘Pakdua Biyah’ was released today (Monday) in Patna. This movie starring Raksha Gupta, Anara Gupta, Vineet Vishal, Ankush Raja. This film will leave everyone’s heart fluttering. The story of the series is an attempt to show the serious problem of the society where young and unknown people were forced to marry. This web series is based on the same story with Ankush Raja and Raksha Gupta.

The series is produced by Abhay Sinha’s Yashi Films. Its director is Vikas Tiwari. Regarding the web series ‘Pakdua Biyah’, Vikas Tiwari said that its trailer is now in the public domain. People are also liking it. It has been our endeavor to present a meaningful story with a sensitive subject among the audience. He said that the web series (Pakdua Vivah) is going to be a power full entertainer in every sense. Everyone will be able to connect with this, it is a series that hits hard on conservative ideas with entertainment.