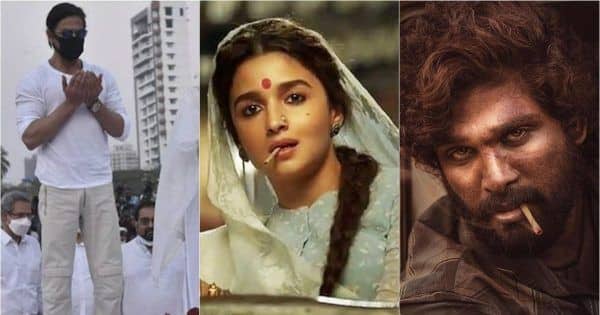 The world of entertainment has been very exciting today and we bring you a wrap of all the trending entertainment news of the day. From Shiv Sena’s Sanjay Raut defending Shah Rukh Khan over reciting dua at the funeral of Lata Mangeshkar to Alia Bhatt expressing her wish to work with Allu Arjun, here’s a look at the top trending entertainment news today. Also Read – Alia Bhatt reveals her family has become Allu Arjun fan after watching Pushpa; they are asking, ‘Aalu when will you work with Allu’

Salman Khan is mumma’s boy and he doesn’t shy away to flaunt that! The 53-year-old superstar still loves to sleep on his mom Salma Khan’s lap and he is indeed lucky to have this special blessing. Read the full story here. Also Read – Alia Bhatt, Shivangi Joshi and more Top 5 viral pictures of your favourite celebs trending today

While many right-wing social media users instantly jumped on this bandwagon to tame Shah Rukh Khan over his gesture at Lata Mangeshkar’s funeral, Shiv Sena MP Sanjay Raut has slammed the brutal politics that is being done in the name of religion. Read the full story here. Also Read – The Kapil Sharma Show: Before Akshay Kumar, THESE 5 celebs had refused to attend the show

Actor turned politician Manoj Tiwari in his recent interview spoke about Kangana Ranaut where he has advice for her that her opinions are too loud and she should learn to be respectful while talking about leaders especially. Read the full story here.

Lata Mangeshkar demise: Dharmendra reveals why he did not attend the late singer’s funeral; says, ‘I didn’t want to…’

Dharmendra did not attend Lata Mangeshkar’s funeral. The veteran actor opened up about the same in an interview. The Rocky Aur Rani Ki Prem Kahani actor also shared some fond memories of the late singer. Read the full story here.