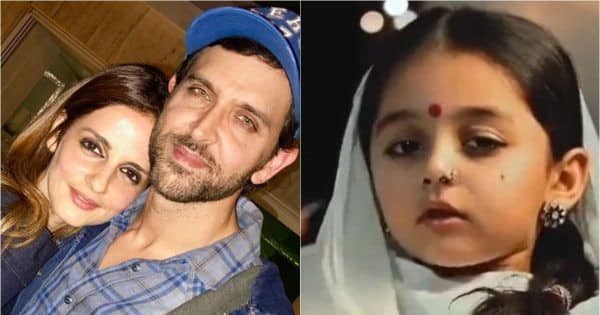 The world of entertainment has been very exciting today and we bring you a wrap of all the trending Bollywood news of the day. From Sussanne Khan complimenting Hrithik Roshan‘s rumoured girlfriend Saba Azad to Kangana Ranaut taking an indirect dig at Alia Bhatt‘s Gangubai, here’s a look at the top trending entertainment news today. Also Read – Shahid Kapoor-Mira Rajput, Malaika Arora-Arjun Kapoor and more Top 5 viral pictures of your favourite celebs trending today

As Gehraiyaan gets mixed reviews from audience, a video of Karan Johar talking about paid reviews surfaces online

Deepika Padukone‘s Gehraiyaan has got mixed reviews from the critics and audiences, now a video of Karan Johar talking about paid reviews has resurfaced online. Read the full story here. Also Read – Trending OTT News Today: Shehnaaz Gill to team up with THIS Bigg Boss 13 contestant on Lock Upp, Bobby Deol opens up on Baba Nirala controversy and more

Arjun Kapoor OPENS UP on being trolled for dating Malaika Arora: ‘It hurts you temporarily and then…’

Ever since Arjun Kapoor and Malaika Arora came out as a couple in 2019, they are often targeted online for dating each other, especially for their age gap of 12 years. Read the full story here. Also Read – Rakhi Sawant is furious as a man touches her without permission; says ‘Aap aise haath nahin laga sakte’ – watch

Hrithik Roshan’s relationship with Saba Azad had left many fans puzzled. Here’s what Sussanne Khan has to say about Saba. Read the full story here.

Bipasha Basu‘s parents were not in favour of her marriage to Karan Singh Grover; the actress REVEALS the reason behind it

Karan Singh Grover’s two failed marriages had put Bipasha Basu’s parents in a difficult situation. The two met on the sets of Alone and dated for a few years before tying the knot in 2016. Read the full story here.

Gehraiyaan: Siddhant Chaturvedi’s rant to Ananya Panday ‘you treat me like an outsider’ reminds netizens of his solid reply to 2019 nepotism debate

Siddhant Chaturvedi and Ananya Panday’s scene in Gehraiyaan has reminded people of Siddhant’s hard-hitting reply to Ananya on nepotism debate during the 2019 newcomers roundtable. Read the full story here.

Bollywood actress Kangana Ranaut took an indirect dig at the ongoing promotions of Alia Bhatt’s ‘Gangubai Kathiawadi’. She raised her voice on the opinion of a little girl enacting Alia’s dialogues from the film and urged the Government to take necessary action against parents who are sexualizing underage children for money. Read the full story here.