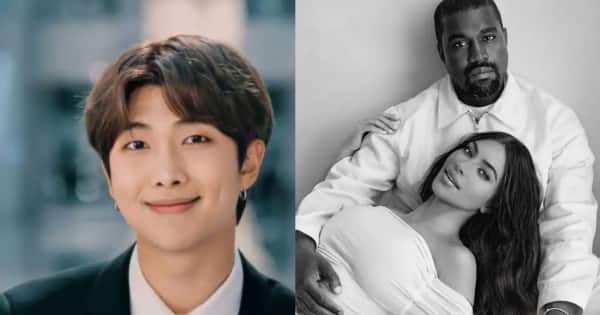 We are back with all the latest updates and gossips from Hollywood. BTS boy band leader RM faced some nasty comments after he extended his support to and cheered for Korean short track team. ARMY came to his rescue. Kanye West who has now separated from Kim Kardashian has left everyone shocked with his latest social media activity. Oscars 2022 is all set to take place in the month of March and today, the full list of nominations was unvieled. Apart from these stars, many others remained in the news. Scroll on! Also Read – Lata Mangeshkar funeral: Shiv Sena’s Sanjay Raut defends Shah Rukh Khan; SLAMS ‘shameful’ politics in the name of religion

K-pop boy band BTS has a strong army of fans supporting them. Recently, the group leader RM became a target of trolls after he showcased his support to Korean short track team. A few Chinese fans reportedly passed some nasty comments against him and the band. Soon ARMY got activated and fans came out in full power to defend RM. Also Read – BTS’ Jungkook, J-Hope, Jimin aka 3J’s created the cutest BOP song inspired by Young, Wild and Free on JK’s graduation day 9 YEARS AGO

He just supported his country
He’s korean get your facts right
Armys have shown support to RM already so go check bts official ig its purple hearts all the way??

After publically questioning daughter North West’s appearance in TikTok videos, Kanye West has now reportedly deleted all the post regarding ex-wife Kim Kardashian and children from his official Instagram account. Responding to Kanye’s views on daughter’s TikTok entry, Kim had written in a post, “Divorce is difficult enough on our children and Kanye’s obsession with trying to control and manipulate our situation so negatively and publicly is only causing further pain for all.”

The 94th Academy Awards is set to take place in March and ahead of the main event, the full list of nominations has been unvieled.Leslie Jordan and Tracee Ellis Ross annouced the nominations. The Power Of The Dog, West Side Story, Belfast and King Richard have received multiple nominations. Stars like Will Smith, Benedict Cumberbatch, Jessica Chastain, Nicloe Kidman and others are in the running to win the trophy in different categories.

In a recent interview with ET Canada, Jennifer Lopez spoke about how she was trolled and criticised for dating Ben Affleck back in the days. She was quoted saying, “It was brutal. It’s one of those things that you bury very deeply so you can move on and get about your business.” Now, the couple has rekindled their love and are leaving all their fans gushing with their mushiness.