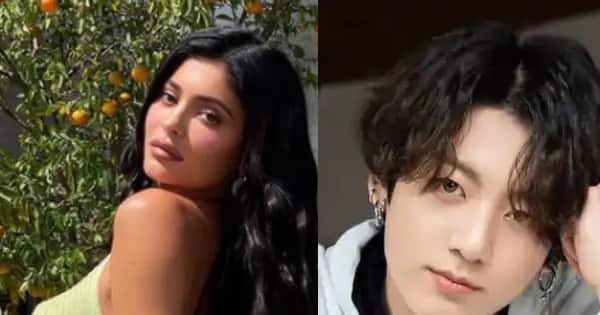 Hollywood stars are always in the news. Today, celebrities like Kylie Jenner, BTS member Jungkook, preggers Rihanna, Khloe Kardashian and more made it to the headlines. Jungkook caught a lot of attention thanks to his name change on social media as well as his Netflix India shout-out. Kylie Jenner who recently gave birth to her second child spoke about postpartum and shared that it isn’t it. Khloe Kardashian’s love life is making it to the headline again. For more dope straight from Hollywood, scroll on. Also Read – BTS: Kim Taehyung’s special request to his dad at PTD Seoul to make him bond with J-Hope’s papa proves how much Bangtan Boys love their families

BTS’ Jungkook gets a shout-out from Netflix India
Jungkook recently informed his fans that he was watching the show Twenty Five Twenty One. The K-Drama is one of the top rated ones even in India. Hence, Netflix India cashed upon the opportunity and made a tweet connecting to Jungkook. Also Read – Nia Sharma’s black top and matching pants will remind you of what BTS member Jungkook wore for his EPIC Black Swan performance [VIEW PICS]

Telling everyone I watched Twenty Five Twenty One with Jungkook today ?

Kylie Jenner speaks about postpartum
In a video shared online, Kylie Jenner who became a mother for the second time shared that postpartum has been really hard for her. She said, “I just want to say to my postpartum moms that postpartum has not been easy. It’s not been easy, it’s very hard,” further adding, “This experience for me, personally, has been a little harder than with my daughter.” Also Read – BTS Jungkook gets a shout-out from Netflix India for being a Twenty Five Twenty One fan

Khloe Kardashian back with ex Trey Songz?
Khloe Kardashian’s love life has once again made it to the headlines. Rumours are rife that she is allegedly back with her ex Trey Songz. The speculations started doing the rounds of gossip mills after she was spotted with Trey at Justin Bieber‘s party, as reported by Page Six.