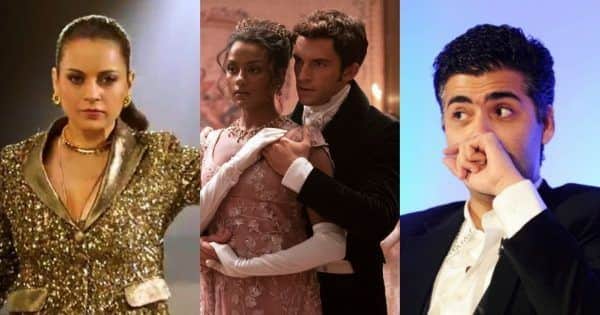 From and the new Lock Upp trailer and Kangana Ranaut wanting to jail Karan Johar in Lock Upp to Bridgerton season 2’s release date, The Boys Presennts – Diabolical trailer and Love Hostel star Bobby Deol heaping praise on Salman Khan; it’s time to take a look back at all that went down today in the web world today. Here’s all what grabbed headlines to make it to the trending OTT news today… Ergo, it’s time to make a note of the biggest newsmakers from the digital space who’ve made it to the trending OTT news today. Also Read – Ranveer Singh to flaunt his basketball skills after enamouring us as a cricketer; jets off for star-studded NBA game – view pics

So, without further ado, here are the OTT newsmakers of 16th February 2021:

Kangana Ranaut is all set to make her digital debut with the reality show Lock Upp. The trailer of the show has been released, and Kangana gives us a hint about what to expect from it. The actress captioned the trailer as, “My Jail, My Rules! Are you excited to watch #LockUpp? Streaming from 27th Feb on @altbalaji and @mxplayer. Watch Live FREE!” Watch the Lock Upp trailer below… Also Read – Lock Upp: Kangana Ranaut wants to put Karan Johar, Amitabh Bachchan and more celebs and politicians behind bars – view pics

Kangana Ranaut and producer Ekta Kapoor paid a visit to Bangla Sahib Gurudwara in New Delhi to promote Lock Upp, where the host revealed why she’s had a change of heart about her longtime foe, Karan Johar.

Bobby Deol will soon be seen portraying the lead antagonist in the upcoming web film, Love Hostel. This is not the first time that Bobby is playing a grey character as one of his recent successes is the Prakash Jha directorial web series, Ashram. Talking to Bollywood Life on how things changed drastically after doing Race 3 and Housefull 4, Bobby heaped praise on Salman Khan.