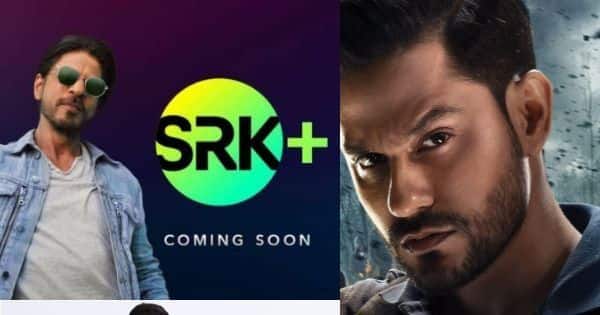 From truth behind Shah Rukh Khan’s OTT app and Kareena Kapoor’s digital debut to Kunal Kemmu’s Abhay 3 trailer, Mrunal Thakur’s short film, Jahaan, and Abhishek Bachchan’s Dasvi trailer release date; it’s time to take a look back at all that went down today in the web world today. Here’s all what grabbed headlines to make it to the trending OTT news today… Ergo, it’s time to make a note of the biggest newsmakers from the digital space who’ve made it to the trending OTT news today. Also Read – Godfather: Salman Khan agreed to come on board for Chiranjeevi’s film on THIS condition

So, without further ado, here are the OTT newsmakers of 16th March 2021:

The entertainment world was abuzz today with reports of Shah Rukh Khan launching his own OTT app, known as SRK+. Thankfully, the superstar himself soon put all speculations to rest by clarifying on his official Twitter handle that it was merely a buildup to Disney+ Hotstar’s new ad campaign featuring him. Check out his tweet above… Also Read – Kareena Kapoor Khan and Jeh’s adorable pic from the beach in Maldives will drive away your mid-week blues

Kunal Kemmu returns as tough-as-nails cop Abhay Pratap Singh, who faces many new unknown threats while trying to balance his professional and personal life. Asha Negi returns as Sonam and Nidhi Singh as Khushboo, Abhay’s straight-arrow cop colleague. This season sees the entry of Dr. Anant Sinha (played by Vijay Raaz), the head psychiatrist of the city asylum, who has a mysterious alter ego and a cult following of devoted disciples (including Vidya Malvade’s character, Nidhi). There is also Rahul Dev’s character, Avatar, who is a fearless fighter, sharpshooter and threat to Abhay. And lastly, there’s the addition of Divya Agarwal and Tanuj Virwani, who play social media influencers Harleen and Kabir, but with a dark side. Watch the Abhay 3 trailer above… Also Read – Tiger 3 star Salman Khan calls Shah Rukh Khan after watching first rushes of Pathaan; here’s why

There were reports earlier that Kareena Kapoor Khan might be teaming up with Kahaani Director Sujoy Ghosh for the adaptation of best-selling Japanese novel, The Devotion of Suspect X, and today, finally, the OTT film has been officially announced, with Jaideep Ahlawat and Vijay Varma costarring with Kareena Kapoor.

Amazon miniTV has announced the premiere of another interesting short film, Jahaan. The romantic drama produced by Unbox Films and directed by Celina John, features popular actors Mrunal Thakur and Avinash Tiwary in pivotal roles. It will premiere for free from 17th March onward on the new Amazon app. Watch the Jahaan trailer above…

The team of Dasvi, starring Abhishek Bachchan, Yami Gautam and Nimrat Kaur, has revealed that the film’s trailer will drop on 23rd March. Dasvi is jointly produced by Dinesh Vijan‘s Maddock Films and Bake My Cake Films, and directed by Tushar Jalota. It stream from 7th April onward on Netflix and Jio Cinema.