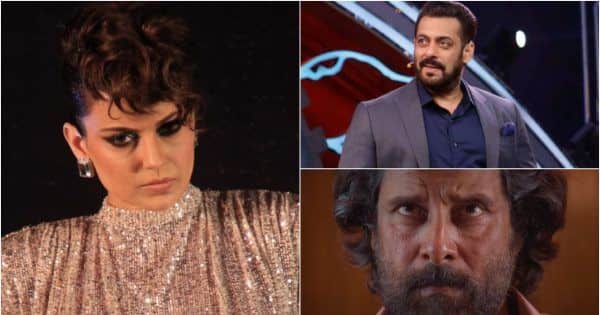 Kangana Ranaut’s reality show Lock UPP was launched today and one of her statements at the event seemed like a dig at Salman Khan. The trailer of Chiyaan Vikram’s Mahaan has been released and it is being liked by one and all. Well, a lot more interesting things have happened today in the digital world. So, if you missed the important news from the digital world during the day, here we are with a round-up of all the trending OTT news that happened today. Check out the news below… Also Read – Lock Upp: Kangana Ranaut reveals the kind of host she’ll be on Ekta Kapoor’s show; takes a dig at Salman Khan’s Bigg Boss?

Chiyaan Vikram’s Mahaan trailer impresses
Chiyaan Vikram starrer Mahaan will be premiered on Amazon Prime Video on 10th February 2022, and today, the trailer of the film was released. The trailer has impressed one and all, and everyone is praising Chiyaan Vikram’s act.

Are you ready to play your hand? May the best man win?
Trailer out now.

Lock Upp: Kangana Ranaut OTT reality show by Ekta Kapoor gets a title – here’s all you need to know
Well, we are sure everyone is keen to know what exactly Kangana Ranaut and Ekta Kapoor’s show Lock Upp is all about. Will it be the same just like Bigg Boss or it will have something new?