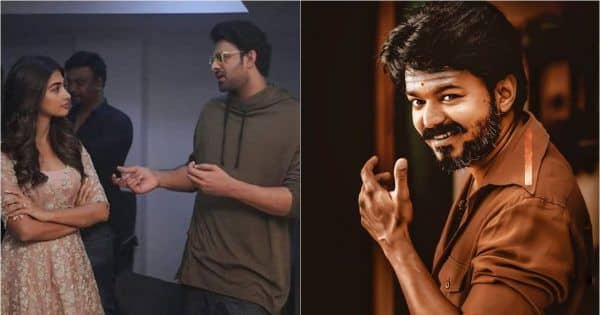 The world of entertainment has been very exciting today and we bring you a wrap of all the trending south news of the day. From Prabhas and Pooja Hegde giving a special Radhe Shyam treat to their fans on Valentine’s Day to the release of first single Arabic Kuthu from Vijay starrer beast, here’s a look at the top trending south news today. Also Read – Pushpa: Tanzanian TikTok sensation Kili Paul lip-syncs to Allu Arjun’s Kawra Bawra dialogue

Tanzanian content creator Kili Paul sure can be called as the biggest fan of Allu Arjun’s Pushpa: The Rise. Read the full story here. Also Read – Valentine’s Day 2022: Here’s how Malaika Arora, Allu Arjun, Mouni Roy and other celebs declared their love for their partners

Radhe Shyam: Prabhas and Pooja Hegde’s fans to be treated with something special on Valentine’s Day

Prabhas and Pooja Hegde starrer Radhe Shyam is all set to hit the big screens on 11th March 2022. Read the full story here.

After getting bail, actor Dileep files plea to quash case

A week after getting anticipatory bail from the Kerala High Court, actor Dileep on Monday filed a petition to quash the FIR in the case and if that’s not possible, refer the case to the CBI. In his petition, Dileep said there is no shred of evidence against him in the fresh case that was registered in the last week of December and it arose because of a conspiracy between the investigating officer in the actress abduction case Byju Paulose and Balachandrakumar with the full knowledge of director general of Police B. Sandhya and Crime Branch chief S. Sreejith. In his petition, he states he is a victim of the conspiracy and since there is no evidence against him, the FIR in the case should be quashed and if that’s not possible, then the case should be referred to the CBI.

The makers of director Nelson’s eagerly-awaited action entertainer, ‘Beast’, featuring actor Vijay in the lead, on Monday released ‘Arabic Kuthu’, the first single of the film. The song, which has music by Anirudh, has been rendered by Jonita Gandhi and Anirudh. Lyrics for the catchy number are by actor Sivakarthikeyan. The foot-tapping number took the Internet by storm. Within just seven minutes of being released on YouTube, the video garnered a whopping 4,51,000 views, with 1,76,000 people giving it the thumbs up.