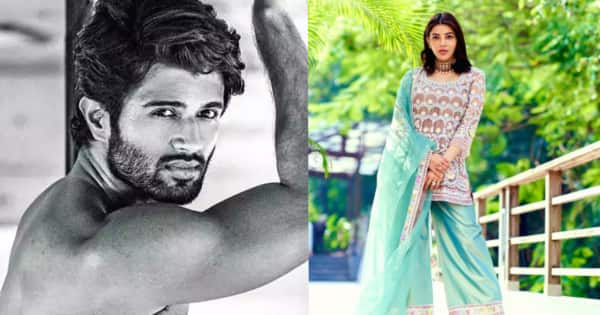 Among the top newsmakers from the South Film industry, we have celebrities like Vijay Deverakonda, Samantha Ruth Prabhu, Kajal Aggarwal, Sivakarthikeyan, and many others. The Liger actor set the internet on fire as he unleashed his ‘beast’ mode. Kajal Aggarwal who is pregnant with her first child treated fans with some beautiful pictures. Samantha Ruth Prabhu has a working Saturday. Want to know in detail why these celebrities made it to the headlines today? Scroll on. Also Read – Samantha Ruth Prabhu, Rashmika Mandanna and more: Top 5 South actresses who are absolute fitness freaks [VIEW PICS]

After enjoying a holiday in Goa with family and Rashmika Mandanna, Vijay Deverakonda has switched on his beast mode. He is back into the gym and is training hard to get fitter and fitter. His video came as a treat to fans and also served as a motivation to those who have been struggling to hit the gym. Also Read – Sanjeeda Shaikh gets trolled for her reel on Samantha Ruth Prabhu’s Oo Antava song; fans ask ‘Isko divorce k baad se kya hogaya hai?’

Kajal Aggarwal who is expecting her first child shared glimpses of her Makar Sankranti/Lohir/Pongal and other celebrations. She shared pictures dressed in a blue and brown sharara dress. She is glowing and how in these pics.

On her Insta stories, Samantha Ruth Prabhu revealed that she is having a working weekend by sharing a selfie from a dubbing studio. The actress looks the happiest as she is sporting a huge smile in the picture.

Sivakarthikeyan to star in Rajkumar Periyasamy’s next

Sivakarthikeyan has announced his next film which is going to be produced by Kamal Haasan. On Twitter, the actor wrote, “There are plenty of surprises in this world that are hidden in this world. Excited to join with two strong forces of cinema, Ulaganayagan Kamal Haasan sir and Sony Pictures Films India. Thanks to my friend director Rajkumar Periyasamy for making this happen.”

In his latest interview with Bollywood Hungama, Naga Chaitanya was asked to name an actress with whom he feels that he shares the best chemistry onscreen. Surprisingly or not, he named his ex-wife Samantha Ruth Prabhu. He also mentioned that he wants to work with Alia Bhatt and Deepika Padukone.