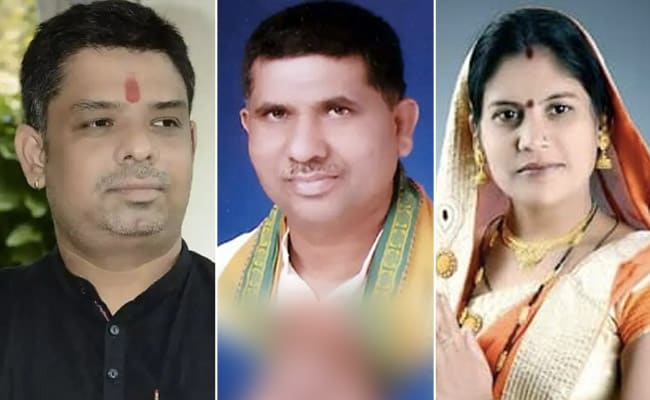 The contest is between Yashoda Verma (Congress), BJP’s Komal Janghel, and Narendra Soni from JCC(J).

A triangular contest is on the cards in the Khairagarh bypoll, which is being dubbed as a semi-final ahead of the next year’s assembly poll in Chhattisgarh.

Madhya Pradesh Chief Minister Shivraj Singh Chouhan and BJP leader Prahlad Patel have campaigned for the candidate, while former chief minister Raman Singh released a 26-point charge sheet against the Bhupesh Baghel government, accusing it of failure on all fronts.

“How will Mama (Shivraj Chouhan) face Kaka. Kaka is still alive. Can the BJP pay the amount of money we are paying farmers, poor? Can they tell us,” said Mr Baghel.

The outcome will not have any bearing on the government in the state, but well set the mood for the assembly elections next year.

In the 90-member Chhattisgarh assembly, the Congress has 70 seats and the BJP 14. The JCCJ has three MLAs and the BSP two.