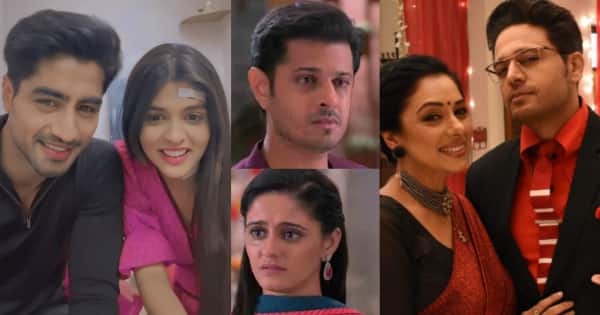 TRP Report of week 4 is here and it’s time to check out how well have Anupamaa, Ghum Hai Kisikey Pyaar Meiin, Yeh Rishta Kya Kehlata Hai, Bade Achhe Lagte Hain 2 and other TV shows have done on the TRP charts. Bigg Boss 15’s TRPs continued to be somewhat dull. The weekdays’ TRPs clocked to 1.1 which is not bad. The previous Weekend Ka Vaar clocked 1.2. Nakuul Mehta and Disha Parmar starrer Bade Achhe Lagte Hain 2 clocked 0.7 on the TRP chart which is the same as the previous week. Though Udaariyaan saw a slight boost in the TRPs, the show couldn’t make it back in the TOP 5. Let’s check out the TOP 5 TV shows as per the TRP here… Also Read – Anupamaa Shocking twist: Mukku tells Anuj to leave Anu as fans celebrate 5 months of MaAn

Sumbul Touqeer, Mayuri Deshmukh and Fahmaan Khan’s TV show Imlie have slipped down on the TRP charts too. The death track of Aditya aka Gashmeer Mahajani has left fans in a shock. Gashmeer left the show, Aditya and Imlie fans are disheartened. The makers, however, are trying to introduce some new twists to the show. Imlie will now turn the CEO of Bhasker Times. Imlie has maintained the TRPs of 2.8 million viewership impressions.

Sargun Kaur Luthra and Abrar Qazi’s Yeh Hai Chahatein has slipped down to 5th position again. The TRPs have not dipped much though. Fans are happy that RuSha came face-to-face after a long time. Sargun and Abrar’s chemistry is a huge hit amongst the masses. Compared to last week’s 2.8, Yeh Hai Chahatein has clocked 2.7 million viewership impressions this week.

That’s all in the TRP report of week 4.