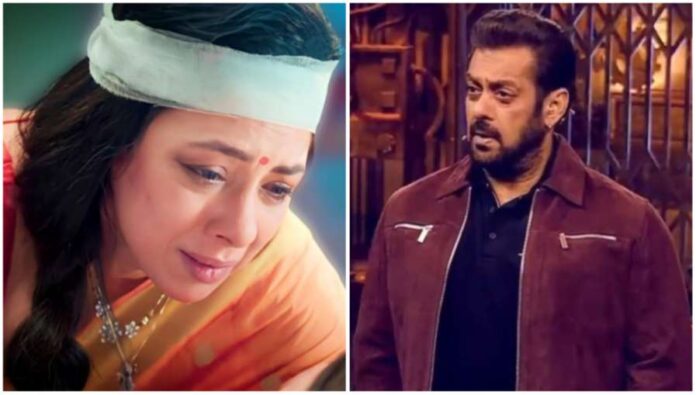 TRP List: BARC releases its TRP report every week and gives information about the performance of your favorite reality and non-reality shows. This shows us how our favorite shows are performing and whether they are winning the hearts of the audience or not. In the week 47 report, we also have some exciting new entries, these shows have successfully made it to the top 5 with all their might.

Let’s take a look at the TV shows that made it to the top 5 this week:

Rupali Ganguly, Gaurav Khanna, Sudhanshu Pandey, Madalsa Sharma starrer ‘Anupamaa’ has yet again proved to be the audience’s favorite show as it successfully grabbed the first position and got 2.8 ratings. The show has seen a slight drop in its ratings as compared to the previous TRP report as the daily soap got 3.2 ratings last week. Despite the low ratings, the show has managed to entertain people with perfect drama and twists and continues to win hearts of the masses.

Neil Bhatt, Ayesha Singh and Aishwarya Sharma starrer TV show ‘Ghum Hai Kisikey Pyaar Meiin’ has also been one of the most loved shows on the television screens. In week 47 reports, the show ranked second and received a 2.7 rating. If you look at the previous TRP report, the ratings of ‘Gum Hai Kisi Ke Pyaar’ have also decreased slightly, last week the show got 2.8 ratings.

Another show which has seen a drop in ratings is Megha Chakraborty, Seerat Kapoor and Karan Vohra starrer ‘Imlie’. In last week’s report ‘Imlie’ got 2.3 rating and this week it got 2.2 rating. Though the ratings have dropped, the show has maintained its top 3 position due to its funny storyline.

what is this relationship called and useless

‘Yeh Rishta Kya Kehlata Hai’ has been one of the longest running shows on screen and is consistently ranking in the top 5 spots. The Harshad Chopra, Pranali Rathod and Karishma Sawant starrer show has stood at the fourth position in this week’s list. The show has garnered 2.2 ratings. Similarly, Akash Ahuja and Niharika Chowki’s show ‘Faltu’ has also managed to impress the fans and tied with ‘Yeh Rishta Kya Kehlata Hai’ at the fourth spot and garnered 2.2 ratings.

There is a tough competition for the number 5 spot in this list. Sargun Kaur Luthra and Abrar Kazi’s show ‘Yeh Hai Chahatein’ has got 2.0 ratings. Pandya Store starring Kinshuk Mahajan, Shiny Doshi, Kanwar Dhillon, Alice Kaushik, Akshay Kharodia, Simran Budhrup and Mohit Parmar is also at number five with 2.0 rating, similar to Yeh Hai Chahtein. But another show that has managed to grab the fifth spot with them is the Salman Khan-hosted reality show ‘Bigg Boss 16’, which has now made it to the top 5 due to frequent controversies inside the house. .