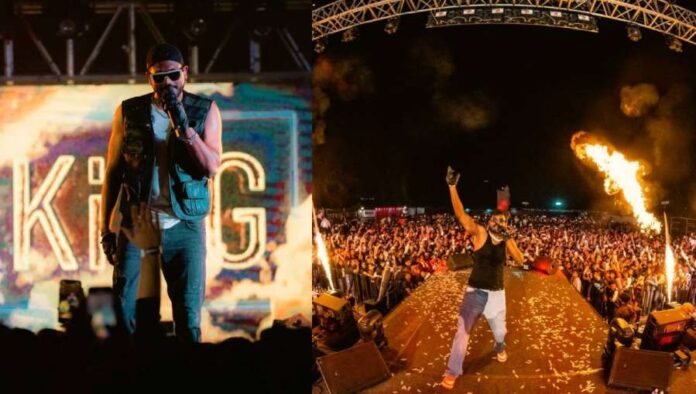 This is proving to be a milestone in King’s career after the chartbuster ‘Tu Aake Dekh Le’. A non-Bollywood, hip hop warrior’s rapid climb up the charts has been a phenomenal journey. He has also become the only artist to have two tracks on the Spotify India chart currently within the top five rankings.

Entering mainstream culture in 2019 from a reality show background, King has risen through the Indian pop ranks. Earlier this year, he started his partnership with global music label Warner Music India. At present he has 8.5 million listeners. The music label recently released their third studio album, “Champagne Talk”. Which had 8 tracks and since then, each song is ruling the social media platform.

King’s third album is rocking his ‘hip-hop’ lyrics on tracks like ‘Pablo’ and ‘Me and Me’ and oops and dejallo. ‘Maan Meri Jaan Ek Saath Pyar Ki’ is about a beautiful yet painful journey. Stepping up since its launch, Warner Music India has amassed a diverse artist list across genres, categories and voices.

Jay Mehta, Managing Director, Warner Music India and SAARC, said, “The success of King’s Journey is a testament to the power of storytelling through music. His steady run on the music charts in India and beyond is the first step towards global dominance. At Warner Music India, our vision has always been to create a truly global superstar coming out of India, and we are thrilled to see King embark on this journey.

King shared his reaction to Champagne Talk, saying, “I am overwhelmed by the love I have received from my fans. Every song is special to an artist, but Maan Meri Jaan is now a song completely unique to him. Champagne Talk is an album which has been a roller coaster of sounds, I am now excited to push the boundaries with my music.”

Maan Meri Jaan is currently breaking records on other platforms as well. In which Apple Music is at number one in Top 100 India.

King’s ‘Maan Meri Jaan’ has made its place on playlists, music charts and hearts of music lovers and it will definitely be the track of love for the season.