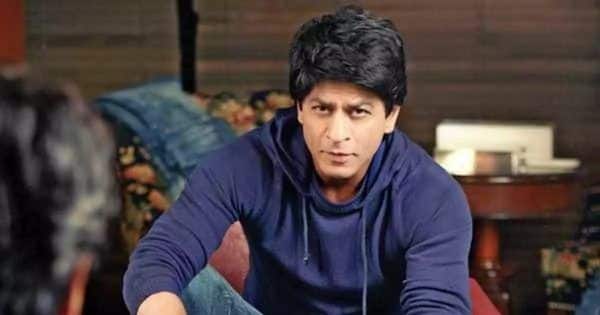 Shah Rukh Khan – the name itself is a phenomenon. From being a Delhi boy to becoming the King Khan of Bollywood, SRK has indeed come a long way. He has done over a hundred films in various genres and proved his versatility by portraying different characters of different shades on screen. He is the Badshah of Bollywood for a reason. His stardom is unmatched and unparalleled. But did you know that Shah Rukh Khan had once sold tickets of his own film on the booking counter at a theatre in Mumbai? Also Read – Aryan Khan-Suhana Khan return to bay post IPL auction; Shah Rukh Khan’s bodyguard keeps paps in check [VIEW PICS}

It was the opening day of his 1994 film Kabhi Haan Kabhi Naa. In fact, he started a new trend at Mumbai’s Gaiety Galaxy back then. He sat at the advance ticket booking window and signed autographs on tickets which he sold to the audience then and there and got paid too. This is Shah Rukh Khan favourite film that he has acted in. It was one of his earliest releases that went on to become popular. In the film, Suchitra Krishnamoorthi played the love interest of SRK and Deepak Tijori‘s characters. Also Read – Love Hostel trailer: Bobby Deol, Vikrant Massey, Sanya Malhotra all set to bring a raw and gritty story of love

Many might not know that Shah Rukh Khan wasn’t the first choice. The film was earlier planned with Aamir Khan and Juhi Chawla in the lead and SRK was supposed to play the second lead role. As the time passed, Aamir lost his interest and backed out from the film, thus, giving Shah Rukh a freeway to take his place as the lead. Juhi too walked out of the film because of her schedule, however, she had promised to do a special appearance. The late Kundan Shah directorial will clock 28 years in the forthcoming weeks. Also Read – Sunil Grover fans slam Hina Khan’s latest tweet, Siddhant Chaturvedi comments on rumoured gf Navya Naveli Nanda’s pics and more Trending Entertainment News Today