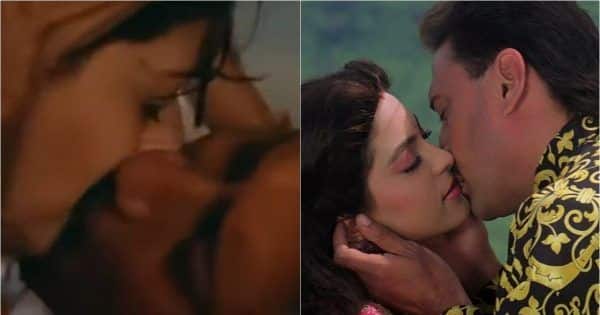 In his 39-year-long journey in the world of acting, Jackie Shroff has starred in over 200 films in several languages and has dabbled in almost all genres possible. He was touted as Bollywood’s new big thing when he made a blockbuster debut as lead actor in Subhash Ghai‘s 1983 film Hero. He is universally loved as a star and a human being. He has also been a fashion icon and didn’t shy away from donning varied clothes or just taking them off. He has also performed passionate intimate scenes with his leading ladies onscreen. However, in the past, Jackie had revealed that he felt embarrassed when he kissed Madhuri Dixit in Vardi and Juhi Chawla in Aaina. Also Read – Urmila Matondkar REVEALS how she was treated after Rangeela’s success; says, ‘People said that everything I did was about sex-appeal’

In an old interview, posted on Reddit, Jackie was asked about if his generation of actors kissed as casually onscreen like Emraan Hashmi does in his films. He went on to reveal, “I’ve kissed Madhuri Dixit in Vardi and Juhi Chawla in Aaina, but I felt embarrassed about it. Brandy shots helped me kiss other women on screen. I was called Sexy Shroff and considered macho, but I shied away from doing kissing scenes.” Also Read – Shah Rukh Khan in Darr, Ranveer Singh in Padmaavat, Amjad Khan in Sholay and 7 more ICONIC Bollywood villains who overshadowed the heroes

Jackie had also openly talked about his smoking and drinking habits. “I’m an occasional drinker today, and I still like brandy. Sometimes, I hold a cup of green tea at parties to keep my friends company. I’ve quit smoking too.” He had also revealed the reason behind it. “Mr Bachchan and Dev saab (Dev Anand) are industry rulers. Dev saab dedicated one-and-a-half pages in his autobiography to me. No one does that. That’s why they are legends. And that is why I drink less, I don’t smoke, be disciplined and keep working,” he had said. Also Read – Trending OTT News Today: Bobby Deol’s Aashram 3 release date, Bhagyashree’s daughter to debut with Huma Qureshi in Mithya and more

Jackie Shroff, who is fondly called as ‘Jaggu dada’ by his fans and friends, calls himself an open book and says that he is not opposed to doing anything when it comes to movies. Through the decades, his notable films have included Ram Lakhan, Yudh, Karma, Parinda, Tridev, Kala Bazaar, Vardi, Doodh Ka Karz, 100 Days, Angaar, Khalnayak, Rangeela, Agnisakshi, Bandhan, and the recent Radhe.