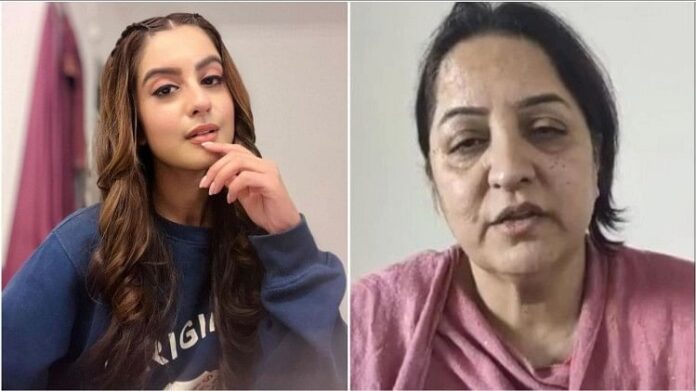 After the death of Tunisha Sharma, the series of allegations between the family of the actress and ex-boyfriend Sheejan continues. Recently, Sheejan’s family had made many serious allegations against Tunisha’s mother. At the same time, now the mother of the actress has responded to all the allegations and also accused Sheejan of taking her daughter to a faraway hospital.

In fact, after the death of Tunisha Sharma, the actress’s mother accused ex-boyfriend and costar Sheejan Khan of abetting her suicide. Since then both the families have made many serious allegations against each other. At the same time, now Tunisha’s mother Vinita Sharma has said that Tunisha could also be murdered. He said, ‘It can be suicide or murder. I am saying this because Sheejan did not take her to the nearest hospital but took her to a faraway hospital. The hospital was five minutes away from the set. She was breathing and in such a situation she could have survived.

Honey Singh: Honey Singh praised Urfi Javed, said, ‘All the girls of the country should learn from her’

TV actor Tunisha Sharma death case | It could be a suicide or a murder. I say this because Sheezan took her to a hospital far away. There were hospitals 5 minutes from the set. Why not take her to a closer one? She was breathing&could’ve been saved: Tunisha’s mother Vanita Sharma pic.twitter.com/SU2aAgOZsE

Along with this, he also narrated Tunisha’s voice message, which the actress had sent to her mother on December 21. In the message, Tunisha says, ‘I cannot tell you how much I love you, mamma. Mama I love you Whatever you do for me sometimes, I love you very much mamma. Thank you my love, I will come home soon and then sleep with you. With this Vinita Sharma said that Sheejan’s mother will not tell how is my relationship with Tunisha. I devoted my whole life for Tunisha.

#WATCH , Tunisha Sharma death case | Tunisha’s mother Vanita Sharma plays a voice message from the late actress from Dec 21; says, “We shared a very good relationship…Sheezan’s mother can’t tell me about my relationship with her (Tunisha). I don’t need to explain to anyone…” pic.twitter.com/TkEJc9ch7U