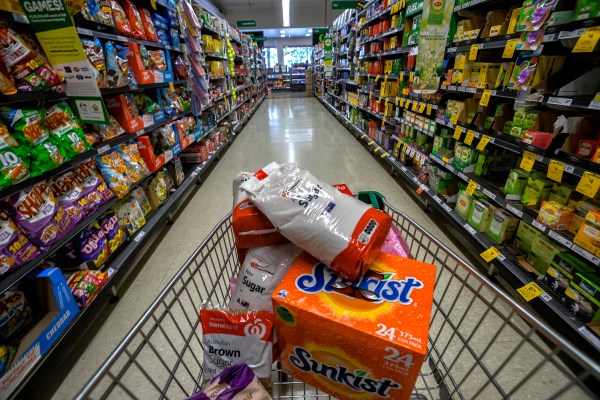 Working remotely has become the norm for a lot of desk-based employees, and there have been a number of tech companies that have seen their business explode in catering to that shift. But today comes news of a different kind of startup called Turing Labs, which is addressing the same challenges, but as they apply to people who work in laboratories. It has now raised $16.5 million in funding on the back of its growth.

The Series A round of funding is being led by Insight Partners, with previous backers Moment Ventures and Y Combinator (where it was part of a 2020 cohort) and new individual investor Borge Hald (CEO and co-founder of Medallia), also participating. The investment will be used to accelerate R&D, grow the engineering team, widen operations, and a further build a go-to-market organization.

Turing Labs’ platform helps labs speed up the process of making new products. So far, Turing has been working with companies in the consumer packaged goods space, where its technology is being used to come up with new formulations for home care products, food and drink, and cosmetics. It uses AI to simulate working through different ingredient combinations for new product formulations to determine a smaller subset that actual technicians then put together — and it will be using the investment to continue working on its own R&D (adding more functionality to the platform to extend for example deeper into packaging and alternative ingredients for processed food) as well as on hiring and business development.

“We initially focused on formulation but now we are moving into other areas like ingredients or packaging — anything that can be digitally simulated or optimized,” said Manmit Shrimali, Turing Labs’ CEO who co-founded the company with Ajith Govindit, in an interview. The opportunity is in how the whole R&D game has shifted, he added. “The process used to be 90% manual but now its 90% digital.”

Shrimali also said the startup is also seeing a growing opportunity in moving into altogether new categories, too: for example, the rise of plant-based alternatives to, say, meat or dairy is opening the door to applying AI to come up with new foodstuffs altogether.

While Turing Labs already works with some of the world’s biggest consumer packaged goods companies, it doesn’t disclose who they are publicly, but they are household names you would know well. The plan is to expand that list, as well as engagement with the companies that are already using Turing.

As we have noted when previously profiling Turing, R&D labs play a specific and critical role in the world of CPG.

Before eventually being shipped into production, the labs are where products are discovered; tested; tweaked in response to input from customers, marketing, budgetary and manufacturing departments and others; then tested again; then tweaked again; and so on. One of the big clients that Turing works with spends close to $400 million in testing alone.

Even before Covid-19, R&D departments were under a lot of pressure. They are seeing their budgets getting cut, while facing an increasing number of demands and variables to which to be accountable. They are still expected to meet timelines in producing new products (or often more likely, extensions of products) to keep consumers interested. There are a new host of environmental and health concerns around goods with huge lists of unintelligible ingredients, meaning they have to figure out how to simplify and improve the composition of mass-market products. And smaller direct-to-consumer brands are undercutting their larger competitors by getting to market faster with competitive offerings that have met new consumer tastes and preferences. Running through combinations of formulations, with all of the other variables involved, is a time-consuming and expensive process.

The pandemic has complicated this even further, with companies aiming to reduce time spent in physical environments, including labs.

Turing Labs’ approach is to solve these various challenges with AI. Not unlike other complex computational applications where machines take on the role of caus lculations and do them faster than any team of humans could do, here that concept is applied to the products that are being built or reformulated, cutting down steps to minimize what the technicians need to do. In theory this gives them the opportunity to focus on coming up with newer innovations that they can then try in different combinations, although — as is the case with any AI innovations — it will be worth watching to see how and if Turing Labs’ platform eventually grows smart enough to cut the technicians out of the process altogether.

“With rapidly changing consumer preferences, including ingredient inputs, as well as the emergence of competitive independent brands, CPG companies today are under pressure to develop new products faster and evolve their existing portfolio. Turing Labs allows users to automate the formulation process and predict outcomes, helping CPG companies bring innovative products to market faster,” said Josh Fredberg, MD at Insight Partners, in a statement. “Turing Labs’ ability to systemize and speed up market discovery and product formulation across CPG organizations makes it a stand-out in the industry. We look forward to partnering with the team at Turing Labs as they continue to grow.”