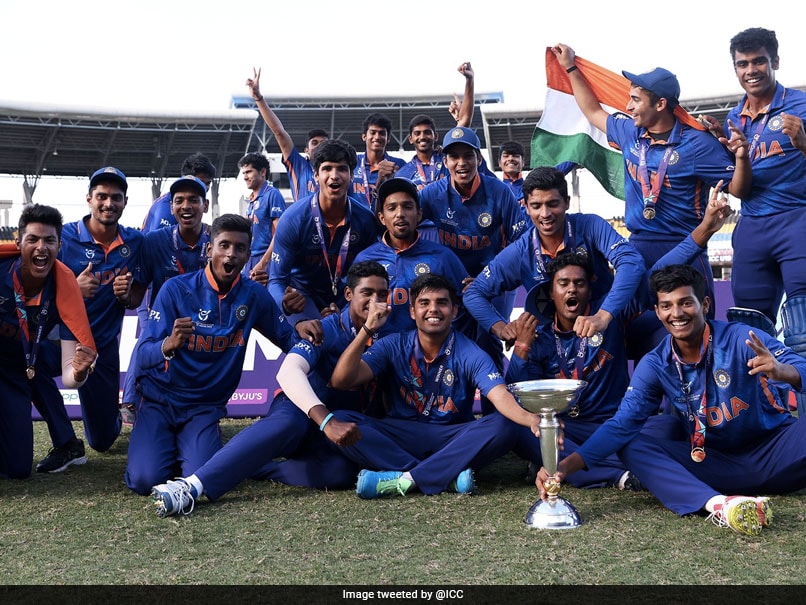 Having lost the final to Bangladesh in 2020, India came roaring back in 2022 to win a record-extending fifth U19 World Cup crown. India U19 team beat England U19 by four wickets in the final on Saturday night at the Sir Vivian Richards Stadium, North Sound in Antigua. India have been the dominant force in U19 World Cups and they once again showed their prowess with another fine performance to lift the title for a fifth time. No other team in the history of U19 World Cup has won the tournament more than thrice.

Twitter exploded from Bollywood stars to current and former international cricketers congratulating the team on the win.

Here’s how the world reacted to India’s triumph:

Raj Bawa could quite possibly be that seam bowling all rounder #India have been craving for years .. #U19CWC

India’s record in U19 World Cups is unreal wow

England had won the toss and elected to bat in the U19 World Cup final. They, however, got off to a poor start as Ravi Kumar starred with the new ball. The Indian pacer Jacob Bethell and captain Tom Prest in the first few overs to give India an early advantage.

England fought back through a fine 95-run knock from James Rew but they kept losing wickets at regular intervals. In the end, the English managed to reach a sub-par total of 189 all out in 44.5 overs.

In reply, India lost Angkrish Raghuvanshi in the very first over. Shaik Rasheed (50) and Harnoor Singh (21) steadied the ship with a 49-run stand. Captain Yash Dhull, who scored a century in the semi-finals against Australia, fell for 17.

But Nishant Sindhu (50 not out) and Raj Bawa (35) ensured there was no way back for England. Dinesh Bana finished things off in style with a six as India overhauled the target with 14 balls to spare.