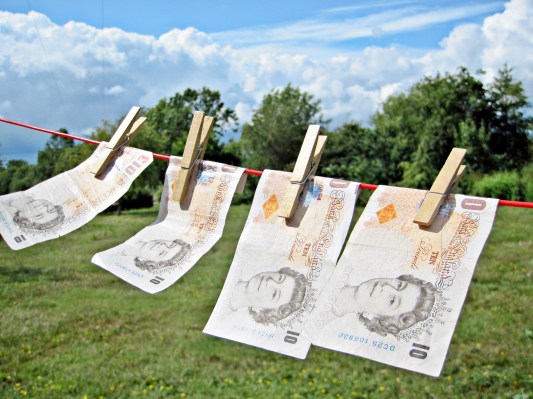 Money laundering has been a hot topic of late in the UK, which is facing pressure to not just make tighter rules to track down the origins of money that’s spent on large assets in the country like prime real estate — the capital city has been dubbed by some as the “London laundromat” — but also, in light of sanctions on Russia in recent weeks, actually to enforce those rules.

Today, a London startup called Thirdfort, which has built a platform to help professional services firms run more thorough due diligence, and to flag when something is suspicious, is announcing a funding round of £15 million (about $20 million), money that it will be using to continue expanding its services, specifically to build payment infrastructure directly into its platform.

The raise, a Series A, was led by Breega, with B2B fintech-focused Element Ventures also investing, along with the founders of ComplyAdvantage, Tessian, Fenergo, R3, Funding Circle and Fidel.

CEO Olly Thornton-Berry said that he and Jack Bidgood first came upon the idea for Thirdfort after a friend of theirs lost £25,000 while buying a flat in London due to phishing attack: fraudsters had picked up some data about the deal, and created a domain similar to that of the legal firm the friend was using for the purchase, and with that wrote an email impersonating the friend’s lawyer, asking for the sum to be transferred via link. It was only weeks later that the friend was legitimately asked for the same sum that they all started to suspect foul play. The friend never recovered that money.

The incident, Thornton-Berry said, highlighted how little information both professional services companies require of a customer before entering into a business dealing, and how little protection the client has against more sophisticated fraud attempts.

This led to Thirdfort, which provides a big-data toolkit of multiple resources such as data from LexisNexis, ComplyAdvantage, Companies House and more that can be corralled (and picked by the client) to provide different data points about individuals and their sources of money. Thirdfort has built tools first to address the needs of companies in the legal and property markets.

The product today comes in two parts. First, there is the “risk engine” built for its business clients, which can be used both for KYC (know your customer) checks as well as to help companies comply with anti-money laundering regulations. There are around the 700 businesses already using the platform, including law firms DAC Beachcroft, Penningtons Manches Cooper and Mishcon de Reya; and property businesses Knight Frank, Strutt & Parker and Winkworth.

Second, there is an app built for consumer customers of those businesses that has been built on open banking infrastructure to connect up those businesses with the customer’s bank, by way of the banks’ own banking apps, for payments to be made in a secure way. This has now been downloaded some 500,000 times.

Similar to Alloy in the U.S. (which is a potential competitor, if either expands into the other’s market), the pitch here with Thirdfort is that the work that would have had to go into running similar identification and origin-of-funds research would have mostly been drawn-out, largely manual and expensive to run, if it was run at all. Times are now changing, and companies are now being required to do more of this work.

“Now, what’s required is a lot more,” Thornton-Berry said. “They need to run an in-depth level of due diligence, seeing bank statements what is moving in and out, asking clients specific questions, diligence checks on gifted money if the sum is specified as a gift. It’s a whole new kind of workflow that’s come into existence with AML going up.”

And while Thirdfort today focuses primarily on fraud detection — it’s managed to halt around one dozen dodgy transactions for its customers, Thornton-Barry said — it’s also built for AML diligence and compliance regulations and will likely come into its own when these are run more widely, especially around any large transactions involving international money.

“For both consumers and professional services, the risk of fraud and the need for compliance represents a massive burden,” Maxence Drummond, Principal at Breega, said in a statement. “Consumers need to get verified for every transaction, and regulated professionals spend too much of their valuable time on client verification and compliance.