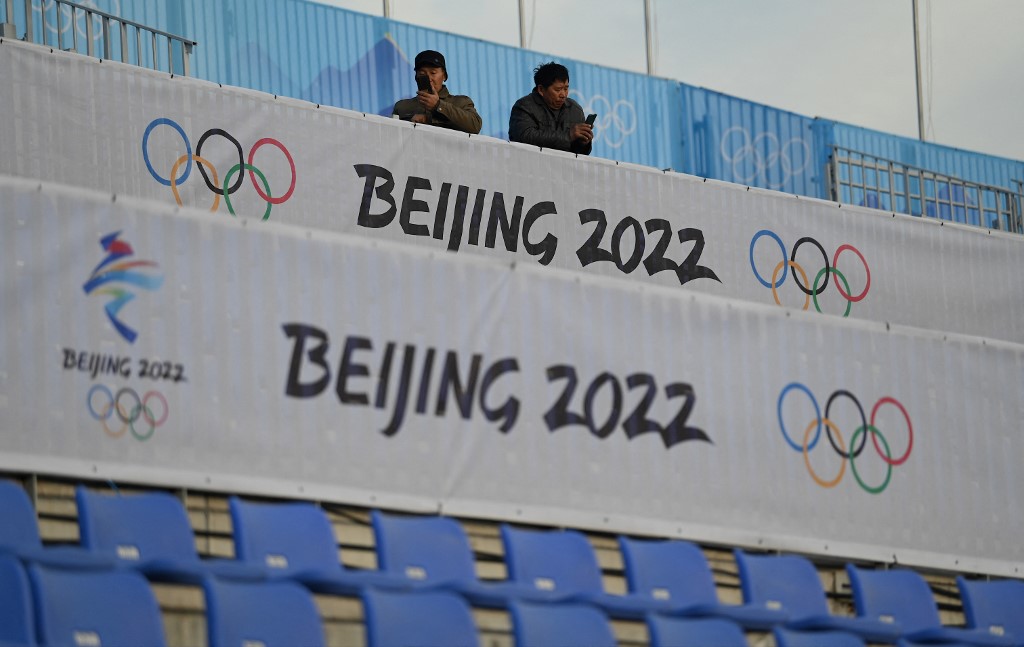 Olympics: US had earlier announced a diplomatic boycott of the Beijing Games. (Representational)

China’s foreign ministry and an official newspaper have accused the United States of planning to interfere with and “sabotage” the Beijing Winter Olympics by paying athletes from some countries to make half-hearted efforts in competition and to criticise China.

The allegations were made a week before the Games start amid tensions between the two superpowers that has included a diplomatic boycott of the event by the United States, which has been joined by several other countries.

Asked about the Chinese allegations, the US Embassy in Beijing on Saturday reiterated a previous position that Washington was not coordinating a global campaign regarding participation at the Olympics.

China Daily, an English-language newspaper run by the ruling Chinese Communist Party’s Publicity Department, on Friday evening cited unnamed sources as saying United States has a plan to “incite athletes from various countries to express their discontent toward China, play passively in competition and even refuse to take part”.

In return, it said, Washington would provide a large amount of compensation and “mobilise global resources” to help protect the reputation of athletes of who choose to compete passively.

Asked if the Chinese foreign ministry believes the allegation to be valid, a ministry spokesperson told news agency Reuters on Saturday that the report has “exposed the real intention of some Americans to politicise sports and to sabotage and interfere with the Beijing Winter Olympics.”

The spokesperson said he strongly condemned the attempts by some Americans to “buy off” athletes and “cause trouble” during the Games, adding that these attempts are “doomed to fail”.

A US Embassy spokesman told Reuters by email on Saturday, “We were not and are not coordinating a global campaign regarding participation at the Olympics.”

“US athletes are entitled to express themselves freely in line with the spirit and charter of the Olympics, which includes advancing human rights,” the spokesman said.

The United States announced in December a diplomatic boycott of the Games over what it called China’s human rights “atrocities”, a move that was followed by allies Australia, Britain and Canada but that does not prevent US athletes from travelling to Beijing to compete.

China rejects allegations of human rights abuse and has repeatedly lashed out against the politicisation of the Games.

In a message to convey greetings for the Chinese New Year festival next week, Chinese Foreign Minister Wang Yi told China-based foreign diplomats that China “has the confidence and ability to remove the interference” and turn the Winter Games into an event that promotes friendship and mutual understanding.