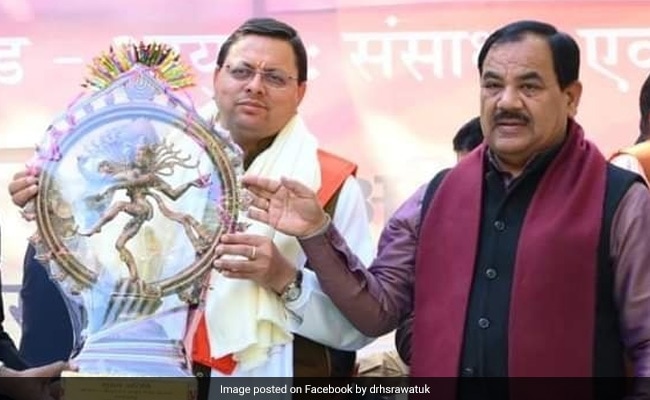 The BJP has removed Harak Singh Rawat (right), accusing him of anti-party activities.

Just weeks ahead of the Uttarakhand assembly elections, the BJP on Sunday expelled Harak Singh Rawat, a minister in the state government, from the party following more than a month of internal wrangling.

The BJP has removed Mr Rawat from its primary membership for six years for anti-party activities, according to them.

He had been pushing for tickets for several of his family members and he has also been in touch with the Congress to return to the party, sources in the BJP were quoted as saying by news agency PTI.

Reports of Mr Rawat being unhappy with the BJP leadership have swirled for weeks.

Late last month, however, Mr Dhami tweeted a picture with Mr Rawat at his home for dinner, in an effort to end the speculation about a feud.

Elections in Uttarakhand will be held on February 14 with the counting of votes on March 10.