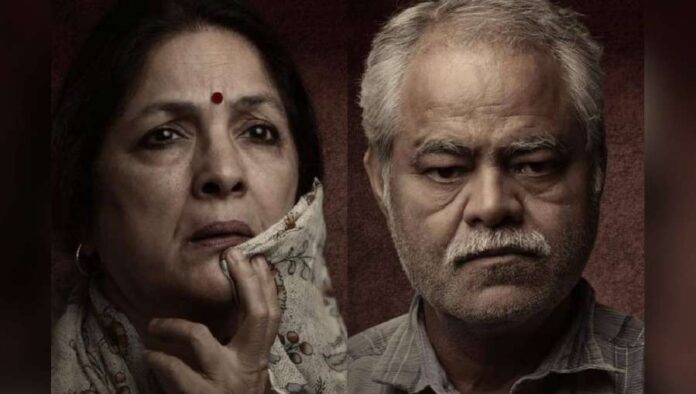 Vadh Trailer OUT: The recently exposed Shraddha murder case shook the entire nation. In this case, a boy named Aftab cut the body of his girlfriend into small pieces and threw them in the forest. At the same time, a trailer has been released, seeing which it seems that Sanjay Mishra has also committed a murder in the same way in the film. The trailer of Sanjay Mishra and Neena Gupta starrer upcoming thriller ‘Vadh’ has been released. In which the never seen before avatars of Sanjay Mishra and Neena Gupta are surprising everyone.

Strong acting of Sanjay and Neena

This trailer of ‘Vadh’ claims to be an exciting thriller. Through this film two of India’s veteran actors Neena Gupta and Sanjay Mishra are coming together for the first time in a very engaging story. Here the story of a common family is seen which gets caught in the storm of circumstances and they are forced to commit murder. The trailer is so powerful that you will not even blink while watching it. Watch the trailer…

the story is strong

This trailer of the film has completely hooked us. While we have seen Sanjay Mishra playing many roles in his career, this is the first time we will see him on screen in such a character. In the trailer, while there is a lot of innocence in the characters of Sanjay and Neena, the dark side of their personalities is also a shocking element. Talking about Vadh, Sanjay Mishra said, ‘As an actor, I had never imagined such a character, that too with Neena ji. I am looking forward to see how the audience reacts to the film.

Neena Gupta further said, ‘Vadh is a very interesting thriller story and I had a great time shooting for this film. The story is much more than what it looks like and the audience will thoroughly enjoy watching the trailer as well as the film itself.’