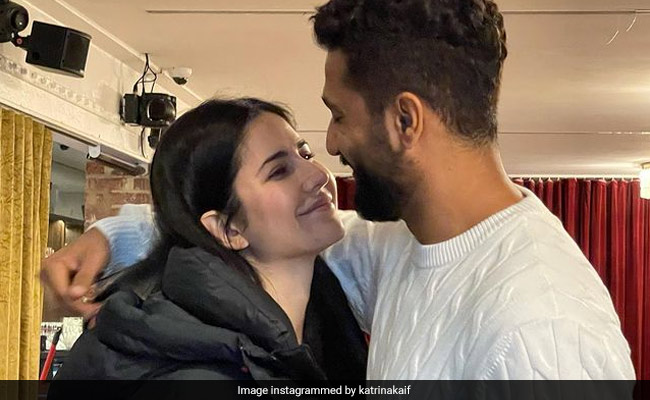 Katrina Kaif and Vicky Kaushal are celebrating their first Valentine’s Day as a married couple and the actress’ husband appreciation post sums up what love in the time of COVID looks like. In three pictures, Katrina broke down the ultimate romantic clinch – she and Vicky gaze soulfully at each other in the first, lean in for a hug in the second, and he seals it with a kiss on the forehead in the third photo. “We may not have been able to have the romantic dinners this year, but you make the difficult moments better and that’s what matters,” Katrina Kaif wrote in her caption. She added a red heart.

Katrina Kaif and Vicky Kaushal were pictured at Mumbai airport on Sunday night, holding hands. The couple, twinning in blue, reportedly flew back from London where the actress’ family live. 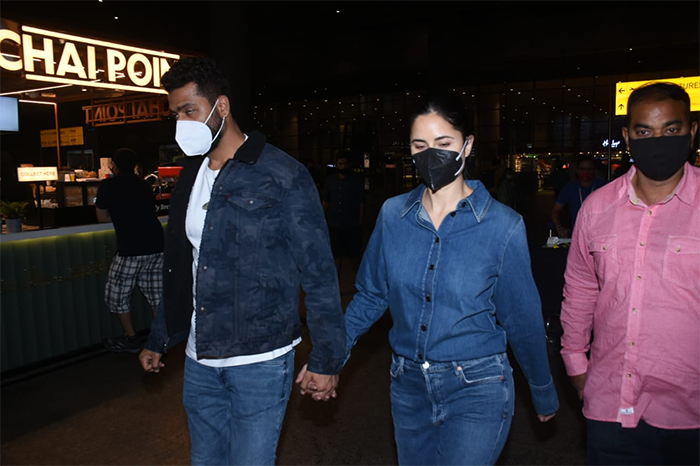 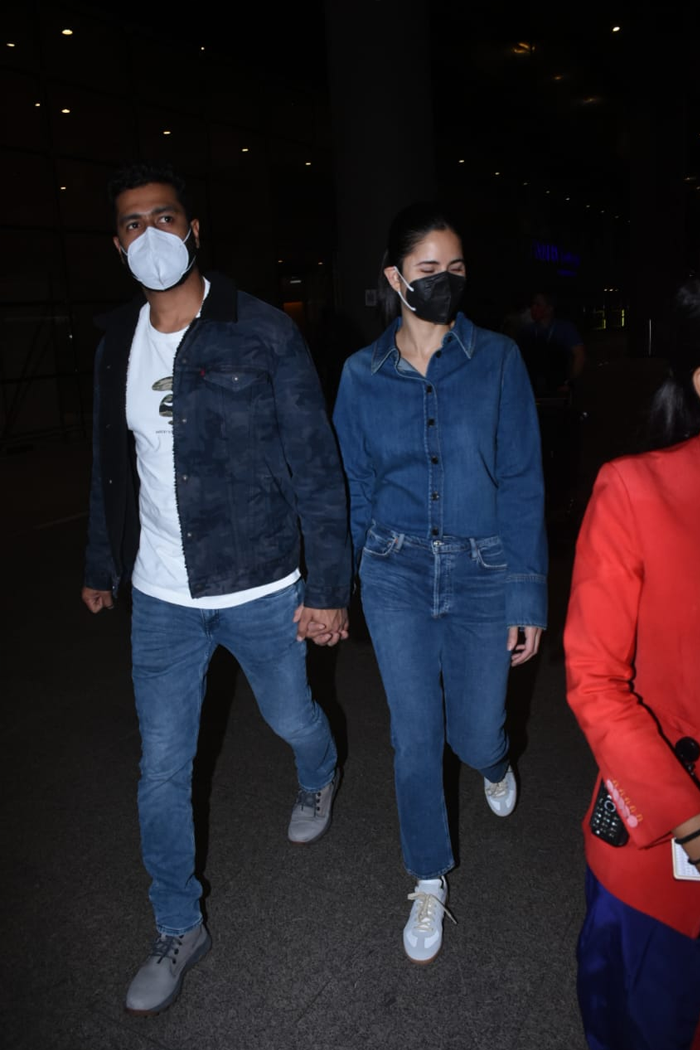 Katrina Kaif and Vicky Kaushal married last December in a super-secret but at the same time grand destination wedding. The couple, who kept their romance of some three-odd years under wraps, invited family and very close friends to a fort-palace in Sawai Madhopur, Rajasthan. They held a mehendi, sangeet and wedding ceremony in true-blue Punjabi style.

The newlyweds jetted off to the Maldives for a quick honeymoon and moved into an apartment of their own after returning to Mumbai. Work has kept them apart on and off these last couple of months – Vicky was in Indore filming an untitled project with Sara Ali Khan; Katrina visited him and then dashed off to the Maldives on her own, presumable for a shoot.