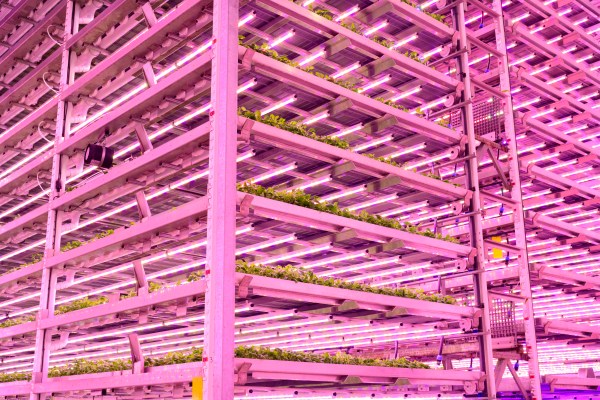 Another vertical farming operation revealed its plans to hit Nasdaq by way of SPAC. This week, Florida-based Kalera announced plans to merge with Agrico Acquisition Corp. in a deal that values the agtech firm at $375 million. The move comes as plenty of excitement swirls around the category, though Kalera, which currently lists on the Euronext Growth Oslo exchange, has seen a notable stock price drop over the last year.

The company’s falling value is notable, as it has seen its stock fall from a 52-week high of $5.99 per share to just $0.91 as of its most recent close, per Google Finance data. (The company intends to delist from its current exchange as part of the transaction, its release states.)

Why pursue a SPAC combination when the company has already listed? The deal would provide the firm with funding as it works to grow its current number of farms from four to 10. According to an investor presentation from December, 2021, the company said that it was “actively pursuing different financing alternatives to satisfy our financing requirements for 2022.”

It’s not hard to see why. Per the company’s Q3 2021 earnings report, its operations burned $8.7 million in the first nine months of last year, while its investing cash flow was a stiffer -$110.0 million for the same period. Capital raised of $61.5 million helped partially offset those deficits, but Kalera still posted a net cash change of -$57.2 million in the first three quarters of 2021. It closed the September quarter with $56.2 million worth of cash and equivalents — more simply, the company needs more capital to continue expanding, as its operations are deeply in the red and the company is far from reaching cash flow breakeven, let alone positive net income.

Agrico, the SPAC that Kalera intends to merge with, has “$146.6 million cash in trust,” it claims. That would give Kalera far more time to improve its operating results than its current cash position will afford the company.

The deal will likely be viewed as a bellwether for the health of the burgeoning category. Last year, AeroFarms called off its own SPAC deal with Spring Valley Acquisition Corp. after the former announced the plan was ultimately, “not in the best interests of our shareholders.”

“Kalera is already positioned as a leader in the vertical farming industry with its 10 facilities operating or construction nearly complete and Vindara, its seed business dedicated to controlled environments.,” Agrico CEO Brent De Jong said of the deal. “The proposed merger with Agrico positions Kalera to be the first leafy green vertical farm company to have a national footprint in the U.S. and be able to reliably supply a national off-take contract while still being local.”

The “national footprint” qualifier is an interesting one there. Certainly a number of companies, including AeroFarms and Bowery, have found regional success. Given the localized nature of vertical farming, scaling to the continental United States requires building a lot of farms. After all, a major selling point for the category is serving urban areas where building a standard farm isn’t viable. Building indoor farms in — or next to — these spots can sufficiently reduce emissions that come with shipping produce coast to coast.

Kalera currently has farms operating in its native Orlando, as well as Atlanta and Houston, with additional locations under construction in Denver, Seattle, Honolulu, Columbus and St. Paul. The latter two, in particular, are interesting, with the company setting up operations in the Midwest, which is home to much of the nation’s traditional farm space. Kalera also operates a pair of international farms in Munich and Kuwait, with a third under construction in Singapore.

The firms expect the deal to close in Q2 of this year. Current interim CEO Curtis McWilliams will continue to lead the company.