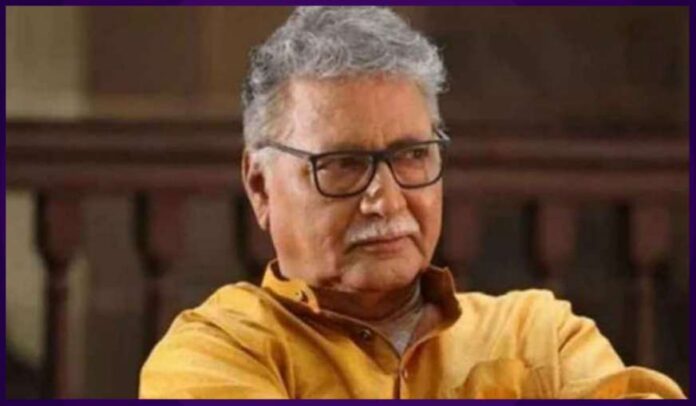 Vikram Gokhale Health: Veteran actor Vikram Gokhale has passed away. Please tell that Vikram was admitted in Deenanath Mangeshkar Hospital in Pune for the last 15 days. The doctors told that the condition of the actor was very critical. Also he was kept under observation for 24 hours.

According to reports, Vikram was being treated at Pune’s Pandit Deenanath Mangeshkar Hospital. It is being said that Vikram was suffering from a serious liver disease. Also other parts of his body were not working properly. Fans are shocked after hearing this news.

Vikram Gokhale, 82, was a veteran actor of Hindi and Marathi films. He gave many superhit films. The actor made his acting debut in the year 1971 at the age of 26. He worked in the film ‘Parwana’ with Amitabh Bachchan. He also played the role of Aishwarya Rai Bachchan’s father in ‘Hum Dil De Chuke Sanam’. Apart from this, he worked in hit films like ‘Bhool Bhulaiyaa’, ‘Dil Se’, ‘De Dana Dan’, ‘Hichki’, ‘Nikamma’ and Akshay Kumar’s ‘Mission Mangal’.