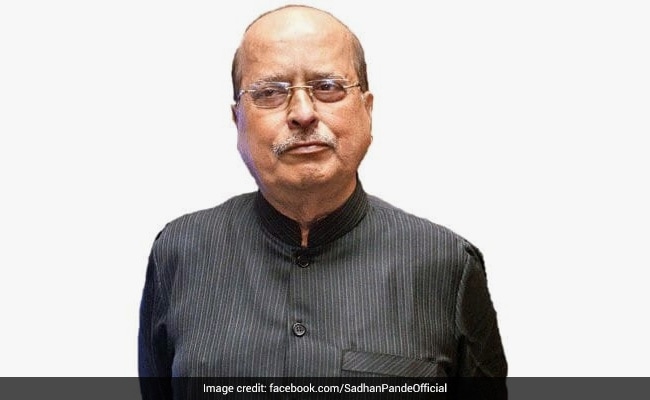 Sadhan Pande was 71, and is survived by his daughter Shreya.

He was 71, and is survived by his daughter Shreya.

“Our senior colleague, party leader and Cabinet Minister Sadhan Pande has passed away today morning at Mumbai. Had a wonderful relation for long. Deeply pained at this loss. My heartfelt condolences to his family, friends, followers,” Ms Banerjee tweeted.

In another condolence message, the chief minister said that she has lost an elder and would miss his advice on various matters.

Mr Pande was a five-time MLA from Burtola constituency in North Kolkata till 2011, when TMC came to power in the state, and was elected from Maniktala seat since then.

The veteran TMC leader was ailing for the past one year. He was retained as a cabinet minister after the party returned to power for the third consecutive term last year but was not allocated any portfolio due to his ill health.

He was suffering from kidney ailments, and he was shifted to Mumbai from state-run SSKM Hospital in Kolkata sometime back. He was in a critical condition in the last few days, party sources said.

“Saddened by the passing away of West Bengal Minister Shri Sadhan Pande ji. My thoughts are with his bereaved family, friends & followers. Prayers for the departed soul. Om Shanti,” he said in a Twitter post.

BJP state spokesperson Samik Bhattacharya said that he was good friends with Pande despite ideological and political differences.

“He was a nice person. He had vast experience as a legislator and discharged with aplomb his responsibilities as minister including Consumer Affairs Department,” Bhattacharya said.

Party colleague Sovandeb Chatterjee said that Pande was a name to reckon with in North Kolkata politics and he had fought the CPI(M) in many movements.

He was very outspoken and never minced any word even before Mamata Banerjee during cabinet meetings, the agriculture minister added.