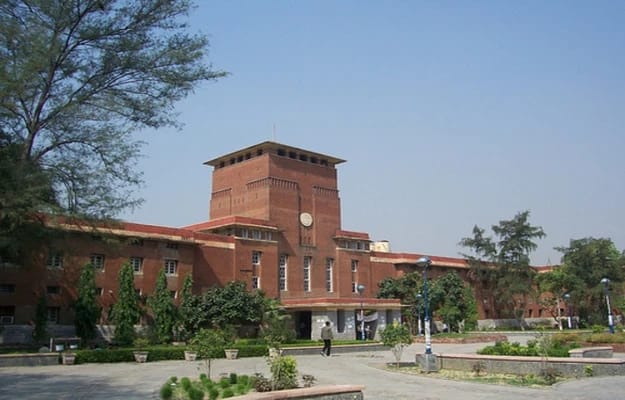 With Delhi University resuming physical classes from February 17, student bodies protesting for the last three days over the matter called it a ”victory of students” who sat on hunger strike and boycotted online classes to press for their demand.

Delhi University Teachers’ Association (DUTA) president A K Bhagi welcomed the development and said, “We are coming back to face-to-face teaching after almost two years. There is nothing that can replace offline teaching.

“What we expect from the administration is full sanitisation of the colleges, adherence to all protocols for preventing the spread of COVID-19. Everybody should get vaccinated. Hopefully things will get back on track soon,” he told PTI.

Protests demanding resumption of physical classes had raged in the campus for the third consecutive day on Wednesday, with student outfits adopting various ways to make the authorities adhere to their demands.

The Students’ Federation of India (SFI) earlier in the day started ”Sadak Par Kaksha” campaign where Miranda House professor Abha Dev Habib spoke on the functioning of the university’s academic council and upcoming changes in its educational system.

“Despite strong repression and violent manhandling by security and police, the students did not move an inch back from the movement, taking to streets with ‘Sadak Par Kaksha’. Their long and enduring fight for inclusive and quality education has demonstrated that student unity can in fact force authoritities to uphold interests of the student community,” SFI said in a statement.

The Left-affiliated All India Students Association (AISA), which led a chakka jaam to voice their demand, called it a hard-fought victory of the students.

“This decision is not a gift of the DU administration, but a hard-fought victory of consistent AISA-led ‘Reopen DU’ movement. Many memorandums, protests, hunger strike and 56-day indefinite strike later, after three days of vociferous protest by AISA, this notice is a sigh of relief to thousands of students of DU,” it said.

After DU officials spoke to the nine students who were sitting on hunger strike about resumption of offline classes, they broke their fast.

ABVP’s national media convenor and its Delhi State Secretary Siddharth Yadav, who was present during the protest, said, “We were protesting continuously for the last three days demanding reopening of Delhi University, and for which our ‘karyakartas’ were also sitting on fast since yesterday. It is a victory for every student of the university.” Earlier in the day, the Krantikari Yuva Sangathan (KYS) gheraoed Shastri Bhawan, which houses the office of Union Ministry of Education, to register their protest.

Protestors also tonsured their heads to mark the protest.

“Online education cannot substitute the quality of education given in classroom teaching,” they had said.

“When I saw ABVP protesting today (for the 1st time on the issue) at the Arts Faculty, I knew notice of reopening was coming.

“Salute to students who continuously built pressure through their physical protests and kudos to students who joined boycott of online classes to push administration to open…” read her post.

She said that the DU administration should have called first semester students in April since they are nearing their exams.

“Though the notice shows non-application of mind by DU admin once again. Given that 1st sem students are towards end of their semester studies, could have been allowed online classes and OBE and asked to join in April, 2nd Semester onwards. This shows how seriously the admin engages with important questions of teaching-learning. Reopening could have been for 4th and 6th sem students,” she said in the post.