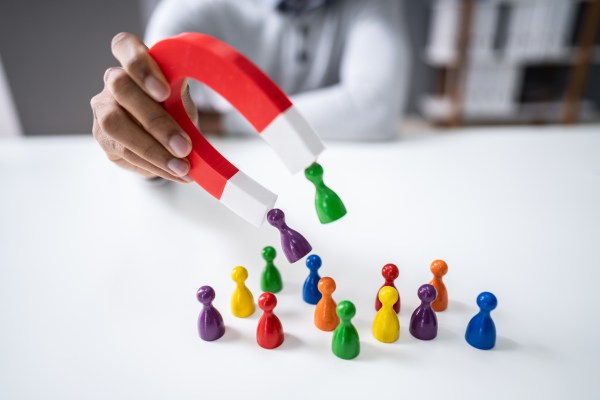 Hopin, a virtual events platform often lauded for its rapid-scale growth amid the pandemic, has cut 138 full-time employees, or 12% of staff, as well as some contractors, according to multiple sources. A Hopin spokesperson, who confirmed the layoffs to TechCrunch, also confirmed that employees impacted by Hopin’s layoffs will receive three months of compensation, health benefits and their laptops. The company also removed the one-year cliff for stock vesting and is using RiseSmart, a recruitment agency, to help them with job hunting.

“Following unprecedented growth and several acquisitions, we are reorganizing to align with our goals for greater efficiency and sustainable growth,” the company said in a statement to TechCrunch. “It’s not easy to part ways with teammates, and we’re deeply grateful for the impact they’ve had while at Hopin.”

According to a screenshot obtained by TechCrunch, Hopin CEO Johnny Boufarhat posted a statement in Hopin’s Slack about the reorganization.

“We are committed to becoming more efficient while ensuring we have the required financial discipline and organizational rigor,” the co-founder wrote. He also pointed out that the layoffs were to “solve overlaps and duplications that crept into the business” following rapid growth and acquisitions. Notably, Hopin acquired five companies in just 2021, including a $250 million purchase of StreamYard.

The statement strikes a different tone than merely 11 months prior, when Hopin closed a $400 million raise at a $5.65 billion valuation. Then Boufarhat told TechCrunch that “his company intends on being operationally IPO-ready next year.” The venture-backed startup amassed up to $1 billion in known venture capital over a two-year window, from top investors including Tiger Global, Andreessen Horowitz, General Catalyst, Accel, Slack Fund, Coatue, Salesforce Ventures and others, per Crunchbase.

Reporter Gergely Orosz, who broke news earlier today that layoffs were underway at the unicorn, noted in their piece that “Hopin’s biggest problem is how they were blindsided by demand during the pandemic and were unprepared for the post-COVID world.”

It’s a similar story — a startup loses discipline in pursuit of rapid growth to keep up with pandemic-amplified demand — that we’ve seen ripple across other industries over the past weeks.

Peloton has been perhaps the harshest signal of this easy come, easy go trend, this week cutting 2,800 jobs and removing its CEO John Foley from the helm of the company. The move comes after the fitness hardware company had to halt production of treadmill and bike products, due to slowing demand from consumers.