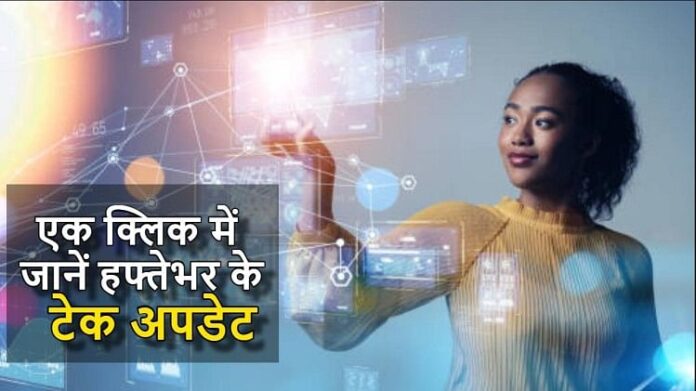 The Consumer Electronics Show (CES) 2023 dominated the tech world this week. Today is the last day of this mega event which runs from January 5 to 8. The event was organized in Las Vegas, United States of America and more than one product is being seen in it. Many smart and innovative products are being introduced at the Consumer Electronics Show. Big companies of the tech world showcased their creative and latest technology equipped products at the event. WhatsApp had to apologize after the Union Minister’s rebuke. WhatsApp said that it apologizes for the unintentional mistake and will take care of it in future. Talking about this week’s launching, Tecno launched its most expensive phone in India. At the same time, Redmi launched the Note 12 series in India. If you want to know such tech updates of the week, then this report is for you. In this report, we will give you major tech updates as well as information about the major gadgets launching of the week. Let’s know.

CES 2023
The biggest tech event of the year 2023 is the Consumer Electronics Show (CES) 2023 in Las Vegas. Many smart and innovative products were introduced in this event which lasted till January 8. Big companies of the tech world have showcased their creative and latest technology equipped products in the event. Tech products galore at the Consumer Electronics Show, including Samsung’s AI oven, anti-snoring smart pillow, LG’s Artcool Gallery air conditioner, Withings U-Scan, BMW’s futuristic color-changing car and Sevo Bro wheelchair Huh.

American smartphone company Apple was once again fined crores of rupees. France’s user privacy organization CNIL imposed a fine of 8 million euros, or about Rs 70 crore, on Apple for misusing its App Store. CNIL (CNIL) says that Apple has targeted the user through personalized advertising from its App Store.