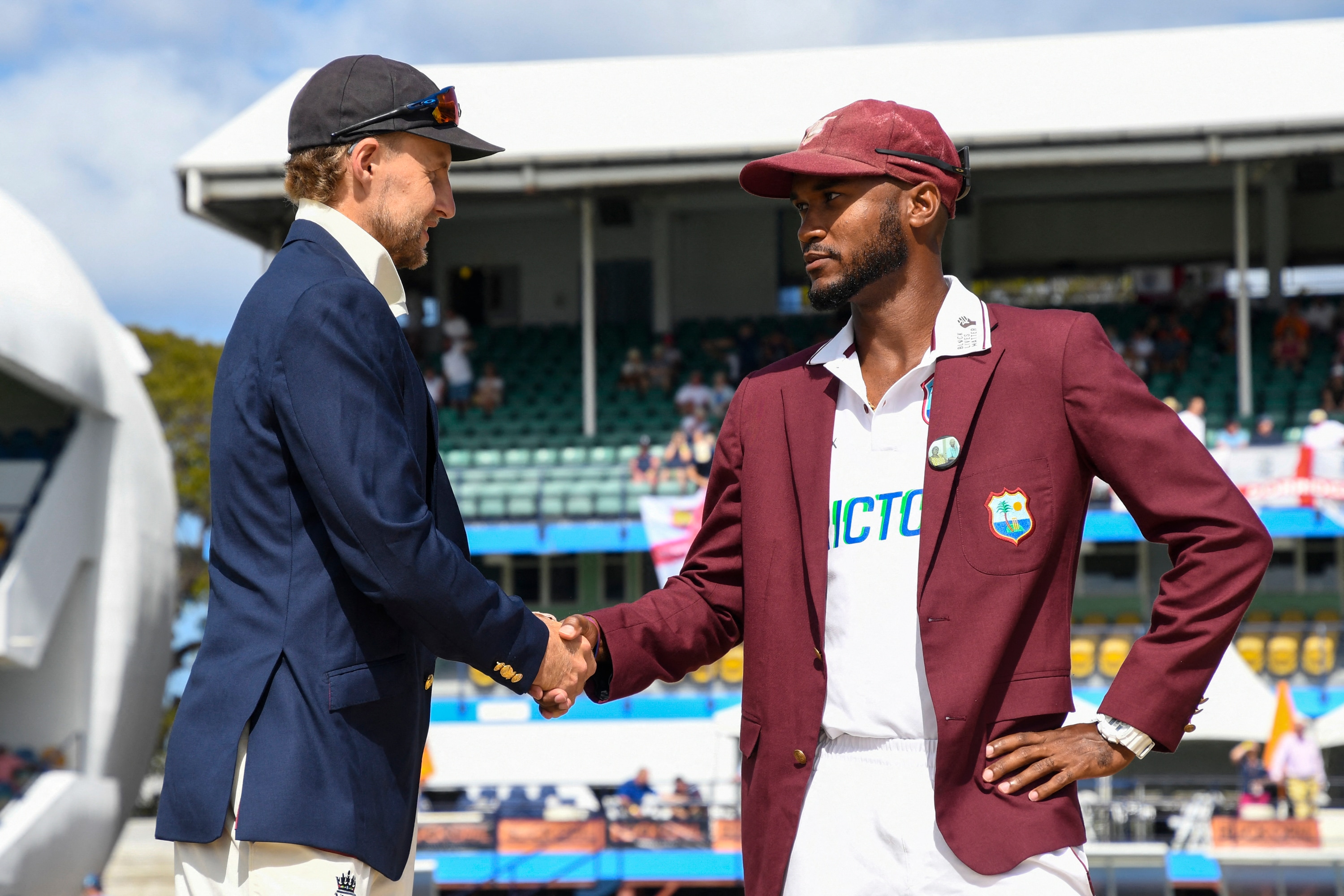 West Indies vs England 2nd Test Live Score: Jayden Seales removed England opener Zak Crawley for a duck but captain Joe Root and young opener steadied the visitors’ ship in the second Test against West Indies at Bridgetown in Bardbados. Root won the toss and chose to bat first and handed debuts to Saqib Mahmood and Matthew Fisher. The latter only learned of his inclusion in the final 11 this morning when fast-medium bowler Craig Overton fell ill overnight and was ruled out of consideration. West Indies  on the other hand have retained the same XI from the drawn first Test which ended four days ago in Antigua.