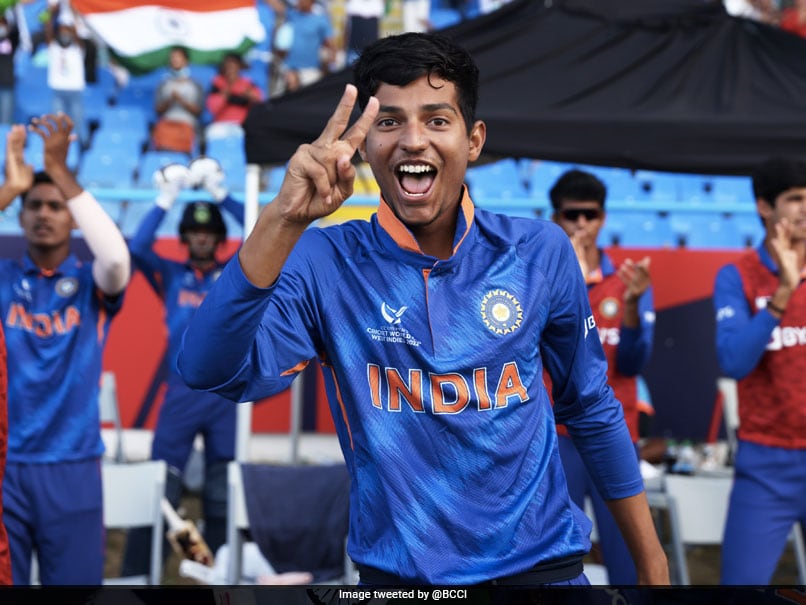 India lifted a record-extending fifth U19 World Cup title on Saturday after the Yash Dhull led side defeated England in the final by four wickets at the Sir Vivian Richards Stadium in North Sound, Antigua. After India’s win, Dhull joined the likes of Mohammad Kaif, Virat Kohli, Unmukt Chand and Prithvi Shaw in the elite list of captains who have successfully led India to U19 World Cup triumph. With India adding another U19 World Cup title to their cabinet, Dhull said that the credit goes to the players and support staff for creating a “great environment”.

“Players have contributed well and we have achieved something for India. There were some difficulties at the start because of the team combination but we sat and planned everything and we’ve now become a family. The coaches had created a great environment and our team strength is quite good,” Dhull said during the post-match presentation ceremony.

While praising the England players for putting up a good fight in the final, Dhull stated that the players in the Indian dressing room had confidence in their abilities.

“They batted well and made a good comeback. But, we were cool and composed with our batting from the start,” he added.

Former India batter VVS Laxman, who is the current National Cricket Academy chief, had accompanied the team for the tournament, and was often seen interacting with the youngsters.

On being asked about the presence of Laxman and other former India players in the coaching staff, Dhull said that it was a great learning curve for the young colts, something which will benefit them in future.

“It’s was great to have such a brilliant support staff as we got to learn a lot. This will help the players individually in the future,” Dhull concluded.