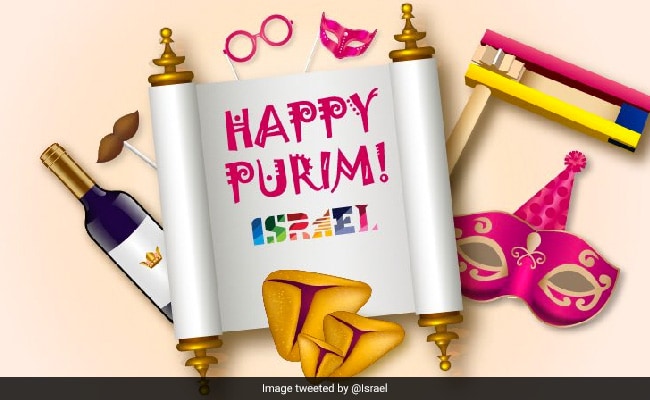 Israel ambassador Naor Gilon extended his wishes to the people of India on Holi 2022. He also mentioned about Purim, the Jewish festival of colour.

“I’m delighted to celebrate my first #Holi in India, which coincides with the #Jewish #Purim festival. Both festivals are colorful & celebrate the victory of good over evil. It’s great to see how similar the cultures of both our nations are,” tweeted Glion, the Israeli ambassador to India, Sri Lanka and Bhutan.

I’m delighted to celebrate my first #Holi in India, which coincides with the #Jewish#Purim festival.

Both festivals are colorful & celebrate the victory of good over evil. It’s great to see how similar the cultures of both our nations are.#होली की हार्दिक शुभकामनाएं| pic.twitter.com/P1gLE0Wu5C

It is a festival when the Jews remember Esther, who was the Queen of Persia more than 2,000 years ago. The festival takes place on the 14th day of the Hebrew month of Adar.

This year, the festival was celebrated on March 17.

According to Encyclopaedia Britannica, Queen Esther was a Jew but her husband King Ahasuerus didn’t know this. His chief minister Haman hated the Jews.

Haman was convinced the King that the Jews living under Persians were rebellious and should be executed.

His main grouse was against Esther’s uncle Mordecai and plotted to have all the Jews killed. He drew lots – a way of randomly picking something from many options. The Persian word for lot was Purim.

But the bold Queen Esther told the King about her religion and stood up for her people. The King forgave Esther and punished Haman. He even ordered Mordecai to replace Haman.

All this happened on the 13th day of Adar and the Queen declared the following day a holiday and named in Purim, according to Britannica.

This is how Purim is celebrated

The story of Queen Esther is read out at every synagogue. The children present there even act out the story.

Haman not liked by the Jews and every time his name comes in the story, the children stamp their feet and boo. The Jews also give gifts to their relatives on this day.

The Jews eat pastries which they call Hamantaschen. It is filled with poppy seeds – in remembrance of the brave Queen who only ate seeds.

The festival is important for Jews ad it marks celebration of good over evil.