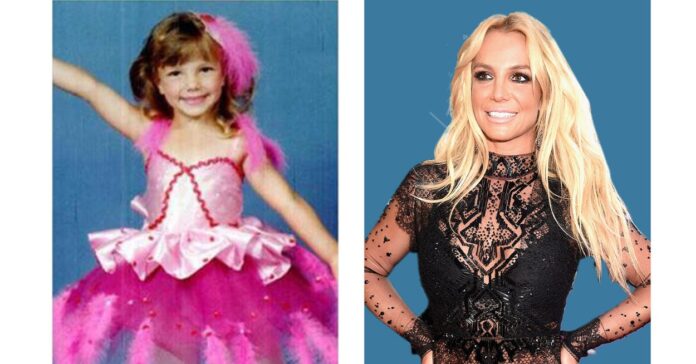 Like Spears, John has been reimagining his back catalog. In the tradition of late career music stars like Barbra Streisand and Tony Bennett, he’s been using duets with newer pop stars to do so. Last year, he collaborated with Dua Lipa on “Cold Heart,” a deconstruction of his ’80s hit “Sacrifice.” Lipa’s 2021 debut album, the ’80s disco vehicle Future Nostalgia, made her a natural fit for reinterpreting lyrics from John’s “Rocket Man,” about not being “the man they think I am at home.” In that way, “Sacrifice,” originally a heterosexual adult contemporary ballad about marriage and monogamy, becomes a queer dance bop about desire. It also got John back on the US charts for the first time in over two decades.

John and Spears’ mash-up of his bombastic ’90s love song “The One” with his iconic ’70s piano ballad “Tiny Dancer” follows the same pattern, yet it’s more cohesive as a stand-alone single. These tracks are reworked in the tradition of dance songs about ephemeral connection. “I saw you dancin’ out the ocean,” Spears sings in the opening. “A spirit born of earth and water.”

The lyrics about nature match the production: chill disco with a summery vibe, and Spears’s vocals sound clear and intimate. In the original “Tiny Dancer,” the chorus is addressed to a mystery woman, a collage of earthy, blue jeans–clad women of the ’70s, inspired by Maxine Feibelman, John’s collaborator and cowriter Bernie Taupin’s then-wife. In the new song, Spears becomes the performer in charge of the message, not just a muse.

As Britney and John riff on the famous “hold me closer” refrain, there’s an ethereal quality to the merging of their voices. And the song’s meaning shifts, from an address by one straight guy to a woman, into a love letter to Spears as an icon. John has a history of celebrating women celebrities whose images were swallowed up by fame, as in 1973’s “Candle in the Wind,” written for Marilyn Monroe and then tweaked and re-recorded in 1997 after Princess Diana’s death.

Spears has lived long enough to be able to correct the record herself, rather than have people lionize her after its already too late for her to benefit from it. And there’s an added layer to her staging a comeback alongside one of the world’s most respected gay pop stars. Their collaboration feels like an acknowledgment of the role of queer people — especially gay men — in #FreeBritney and her passionate fandom.

Of course, Spears doesn’t need saviors. It’s ultimately speaking for herself that set in motion the events that led to her freedom. It was her reclaiming her body that allowed her to reinhabit the love of dance and music that had once been her prison.

In “Mona Lisa,” Spears warns that a woman has been cloned, but she’s there to “release her from her spell.” “She’s the original,” Britney sings, almost to herself. “She’s unforgettable.”

In an Instagram post late last year, the pop star listed all her record-breaking sales and accomplishments, “reminding myself and the world of who I am !!!!” She also shared her sadness about having been diminished by her “‘classy’ white family,” which caused her to retreat into a state of denial.

But she sounded excited about the promise of new music. “Pssss new song in the works … I’m gonna let you know what I mean 😉 !!!!!” She’s already making herself heard. ●