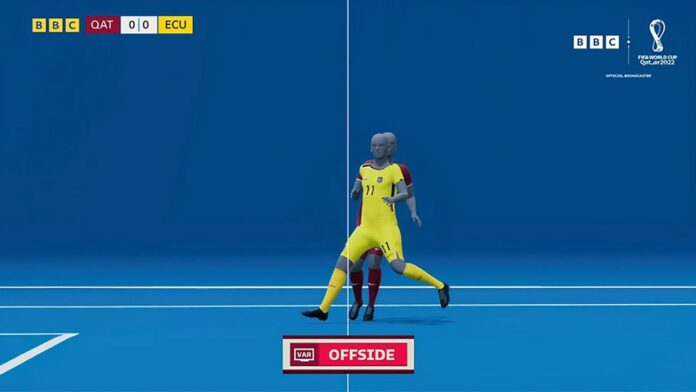 After each game we take a look at key events to examine and explain the process in the context of VAR protocol and the Laws of the Game.

VAR Review: It was the right decision, although it was not entirely clear to the fans and the offside scene took a long time to appear.

The review took longer than a regular offside because the offside VAR, Tomasz Listkiewicz, had to be certain the ball had come off Torres. Without that touch, Estrada would not have been offside. Any subsequent touch by Al-Sheeb to reset the offside phase would not be considered a “deliberate play”.

In the offside law it is irrelevant whether the attacking player meant the ball to be in play or not, the touch automatically sets the stage for every other player’s offside position.

So it was the right decision, but there was a lack of clarity on it for a very long time. also with FIFA’s semi-automatic offside technologyThe key factor in judging whether Torres played the ball was to be made by VAR.