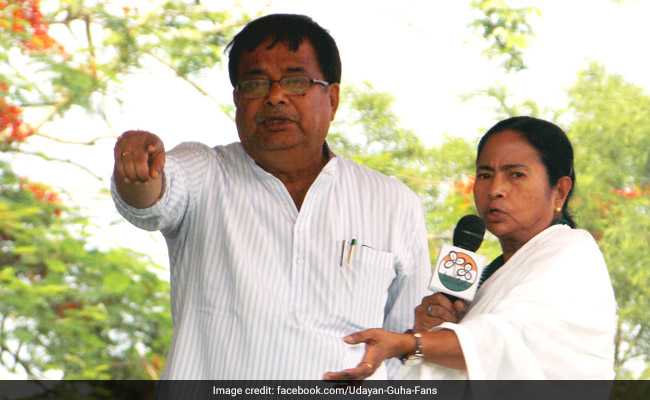 The controversial MLA had in the past threatened to send musclemen for BJP leaders.

Trinamool Congress MLA Udayan Guha has courted controversy by threatening to break the knee of those demanding separate statehood for the Cooch Behar district of West Bengal.

The controversial Dinhata legislator, who had in the past threatened to send musclemen for BJP leaders if they committed “atrocities” on TMC workers, made the latest remark while canvassing for a ruling party candidate in Toofanganj municipality on Friday evening.

“If anyone raises the demand for a separate Cooch Behar state, he/she will not have his/her knee intact. If anyone takes out a rally supporting Cooch Behar statehood, we will break the knee of that person,” Mr Guha said.

Mr Guha’s remark was in response to a recent statement by Toofanganj’s BJP MLA Malati Rava, who claimed that lack of development by successive Left Front and TMC governments was triggering separatist demands among the people of Cooch Behar.

In response to the Dinhata MLA’s statement, Ms Rava said on Saturday, “I dare Udayan Guha to break my leg. We will take out a rally in his constituency soon. Let’s see who breaks whose limb.” Criticising the TMC legislator’s remark, state BJP president Sukanta Majumdar said, “Guha’s comment shows the poor level of TMC’s culture which does not go down well with the culture and ethos of West Bengal.”