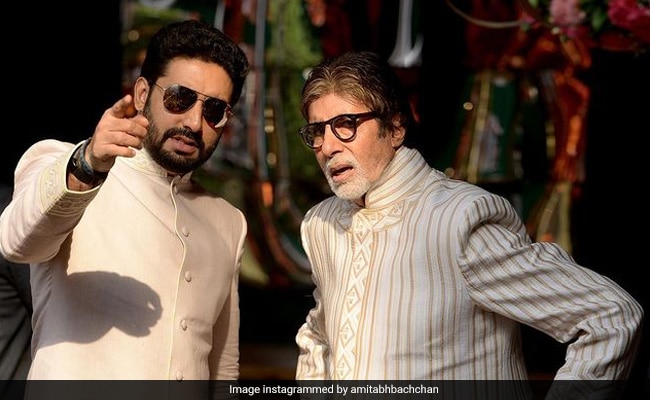 Amitabh Bachchan, who is an avid writer, on Wednesday, shared a blog post and announced Abhishek Bachchan, his “uttaradhikaari” (Successor). Amitabh Bachchan started his blog by expressing that the “greatest joy” for a father is to witness the achievements of his children. “To savour the glory, they bring to his name .. to be in the recognition as the Father of Abhishek, rather the other way round .. and Abhishek sums it up for me. And with immense pride, I do say that Abhishek is my ‘uttaradhikaari‘.” He also added, “his continued efforts, at attempting different and dare I say difficult roles, to portray, are not just a challenge, but a mirror shown to the world of cinema, on his ability as an actor and for them to assuage his credibility and tenacity,” wrote Amitabh Bachchan.

On Wednesday, the trailer of Abhishek Bachchan’s Dasvi was released and after watching it, Amitabh Bachchan praised his son. He wrote, “The Pride of a Father..in film after film he surprises all with the incredible portrayal of totally different characters..its PHENOMENAL to be able to do that so successfully!!!”

Dasvi has been directed by Tushar Jalota. The film has been produced by Dinesh Vijan under the banner Maddock Films and Jio Studios. The film will release on Netflix on April 7. The film stars Abhishek Bachchan, Yami Gautam and Nimrat Kaur.

On the work front, Amitabh Bachchan will next be seen in Ayan Mukherji’s Brahmastra, also starring Alia Bhatt and Ranbir Kapoor. He also has Runway 34,Goodbye, and a film with Prabhas.