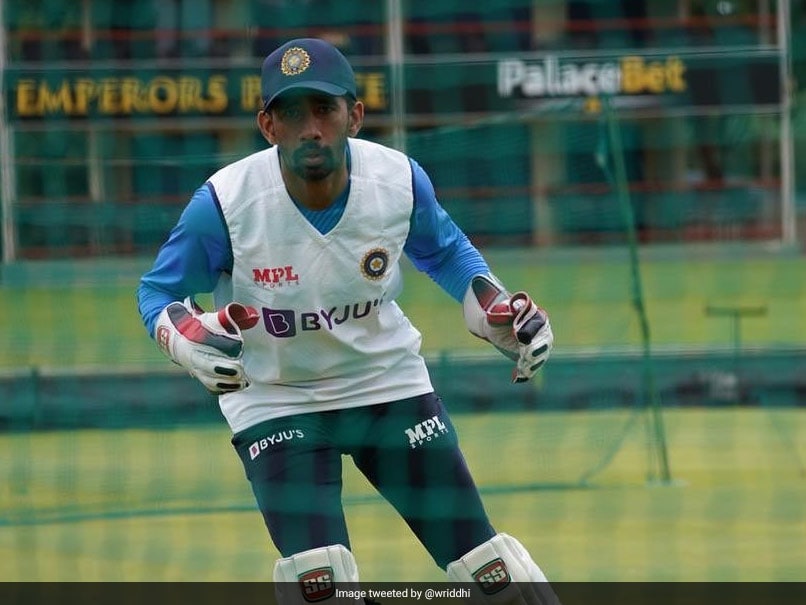 In a major development, senior wicketkeeper Wriddhiman Saha has opted out of Bengal’s Ranji Trophy campaign after being categorically told that he will not be picked for India’s two-match Test series against Sri Lanka, starting in Mohali on March 4. It is understood that the new team management has conveyed to the national selectors that 37-year-old Saha, considered as one of world’s premier glovesmen, isn’t one for the future. Rishabh Pant has already been confirmed preferred keeper for the next few years and Kona Bharat showed great glove-work in Kanpur Test against New Zealand.

“Wriddhiman has been categorically told by influential people in the team management that they want to move on and create some new back-ups alongside Rishabh Pant,” a senior BCCI source privy to developments told PTI on conditions of anonymity.

“He was explained that he won’t be picked for the Sri Lanka Tests as it’s time that Kona gets his share of exposure with the senior team “May be that’s the reason, Wriddhiman had informed Cricket Association of Bengal president Abhishek Dalmiya and joint secretary Snehasish Ganguly that he would not play Ranji Trophy this season for ‘personal reasons’.

“That’s why the selectors didn’t pick him as he was unavailable for selection,” the source added.

“During meeting chairman of selectors Subhamoy had asked secretary and convenor of senior selection committee Snehasish Ganguly about Wriddhi’s availability. They said that Wriddhi has informed that he shouldn’t be considered for Bengal for Ranji Trophy for the season. It was a bit weird,” a source close to Bengal team management said.

It is learnt that Saha, who is not a part of India’s white-ball set up also did not attend a single session of Bengal’s pre-season Ranji Trophy camp.

“It is understandable that if he is not going to play for India anymore in Tests, then why would he have motivation to play Ranji Trophy after playing 40 Tests.

“While he might be feeling low, but at 37 and half years of age, it is only natural that team management won’t want him as Pant’s understudy,” he said.

Saha has played 40 Tests and scored 1353 runs with three hundreds and an average of less than 30 which became his undoing. He however had 104 dismissals behind stumps, 92 catches and 12 stumpings.